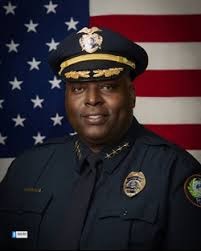 If anyone has had the opportunity to attend an event where Syracuse’s new Chief of Police Kenton Buckner has spoken, you’ll realize that he’s aware of the job he has, and responsibilities that come with it. His selection culminated a year-long search led by Deputy Mayor Sharon Owens, involved numerous meetings that included community stakeholders. It was an exhaustive search.

Kenton Buckner was selected from Little Rock, Arkansas where he was serving in the law enforcement leadership role; committee members were satisfied that he could come to Syracuse and make a difference as the new Chief of Police.

“He (Buckner) cleaned up Little Rock, he’s no joke, y’all got a good one”, stated a Syracuse resident with Arkansas roots after speaking with relatives familiar with his work.

From the very beginning there were mumbles about “hiring from within”.  The selection process didn’t exclude anyone; at the end a veteran member of the SPD became one of two finalists for the position.

From the press conference introducing Kenton Buckner, it was evident that the SPD union had a few words of warning for the incoming Chief.  To paraphrase, union leader Piedmont simply reminded Buckner that Syracuse was not Little Rock and they have a union. Said in layman’s terms; Chief Buckner, not so fast with any changes.

What’s been bubbling on the stove spilled over and hit the hot cook-top, as reports came in claiming the Syracuse Police Department were refusing to march in the St. Patrick’s Day Parade, because of a beef with the new chief.

It would be trite and hackneyed to review all of the scenarios, the push-back when African-Americans in a leadership position attempt to change the status quo.

Level doesn’t matter, you could be the head fast-food Fry Cook or Chief of Police, or Deputy Mayor this is text book Syracuse, New York.  We saw this same phenomenon when a DPW employee shot out a windshield and returned the vehicle to work, supervisors’ attempts to sweep the incident under the rug were foiled. The “alleged”, cover-up was an attempt to elude the African American, Commissioner of the Department of Public Works.

One of the by-products of elevating African Americans to positions of authority, is the systemic revulsion at the notion that there will be change, and that change will be led by a person of color.