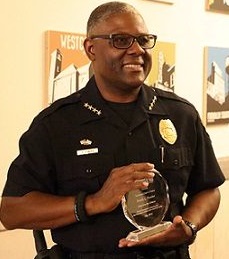 Chief Fowler, who started with the department in 1989, will remain police chief through 2018 while the city conducts a nationwide search for a new chief.

Family and friends of the aforementioned, as well as members of the Police Department were in attendance.