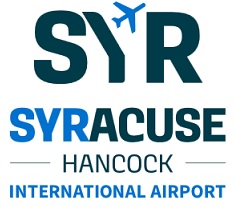 The FAA issued a solicitation for expressions of interest to airport operators on September 4, 2020, outlining the research program. Five airports were chosen to test and evaluate at least 10 different technologies and systems that detect and/or mitigate aviation safety risks posed by UAS to civil airports. The first of the five airports – Atlantic City International Airport (ACY) – was already chosen for an extensive Phase 1 preliminary evaluation of all
technologies/systems to be included in the program.

Of the four remaining airports to be selected for Phase 2, one of the airports was required to rank in the top 10 of the FAA’s most recent Passenger Boarding Data. Another piece of criteria set forth for consideration in the program was a size requirement – over 2,300 acres to be exact.

SYR’s footprint checks in at 2,339 acres, qualifying the airport for further consideration.
This left SYR vying for one of only three remaining slots in the program nationwide. SYR’s
Phase 2 participation will help generate vital performance data that will be compared to the baseline performance data created in Phase 1 at ACY. This will allow the FAA to evaluate how the same technologies perform in unique operational airport environments.

“We would like to express our sincere gratitude to our elected and appointed officials, local
UAS community, Central New York business community, local military partners, and federal partners for their extraordinary support during this arduous application process,” said SYR Executive Director Jason Terreri. “We fully expect UAS technology to become an even larger part of our everyday lives. Selection for the research program will position SYR at the forefront of UAS operations, and we believe this can only mean great things for future UAS-related opportunities in Central New York.”

“Throughout my time in Congress, I have worked to foster our region’s growing role as a hub for the UAS industry. I was proud to advocate for this designation which will ensure Central New York continues to be a leader in this growing industry.” said Rep. John Katko. “With the Syracuse Regional Airport Authority and Syracuse Hancock International Airport hosting a portion of the UAS Detection and Mitigation Research Program, our region is poised to generate significant research to help UAS technology safely integrate into the national airspace while growing our local economy.”

“To have our airport be selected as one of five in the nation to host a federal Airport UAS
Detection and Mitigation Research Program is an honor and a testament to the innovative work being done locally in addition to the hard work spearheaded by the Syracuse Regional Airport Authority’s leadership,” said Syracuse Mayor Ben Walsh. “The Syracuse Hancock International Airport plays an essential role in bridging Central New York to the world through aviation, so its work to bring advancements in the field of unmanned aerial systems is extremely promising and exciting.”

County Executive McMahon said, “This is exciting news for our community and our local
economy. Onondaga County continues to demonstrate to the rest of the country and world that we are the place to be when it comes to the burgeoning drone industry.” McMahon continued, “The selection of the Syracuse Regional Airport Authority by the FAA for their UAS Detection and Mitigation Research program is further proof of our success. Congratulations to Jason and his team on this important accomplishment.”

“Central New York is a recognized leader in unmanned systems industry with globally
recognized assets including NUAIR, the Griffiss UAS test site, and 50-mile beyond visual line
of sight corridor,” said Rob Simpson, president of CenterState CEO. “This is a significant
opportunity to develop and test new capabilities at the Syracuse Hancock International Airport which will advance the safe integration of UAS into the national airspace. We look forward to working with the FAA and our partners to further advance commercial applications of UAS technologies, as well as create jobs and economic impact for the region, through this program.”

“The FAA’s selection of Hancock International Airport to do this important work further
solidifies Central New York’s decade-long leadership in helping the federal government
integrate UAS into the national airspace,” said U.S. Senator Charles E. Schumer. “Safely
integrating UAS into the national airspace has enormous economic and national security
potential for the United States. This FAA selection proves that there is no better place in the
country to harness that potential than right here in Central New York.”

The deployment of technologies and systems from the FAA will occur on a rotational basis at the airport over the course of 24 months.
see the FAA’s Press Release.