4 Candidates respond to the question “Why should you be a Syracuse City Court Judge” Felicia Pitts-Davis, Shadia Tadros, Ted Limpert, Jason Zeigler

On Tuesday November 3rd, Election Day- the Ballot for Syracuse City Court Judge will have five candidates running for two vacancies. Voters will have a choice of voting for two out of  five listed on the ballot. The two candidates receiving the most votes wins. The candidates in the race are the following:

urbancny.com asked the following candidates to provide a short essay on “why they should be your Syracuse City Court Judge”. The following are their submitted responses. 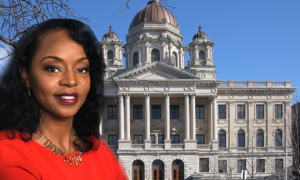 I believe I should be a city court judge because I have the experience, the commitment and compassion to deal with situations where people are at their worst. Being in court whether you are being sued, being accused of a crime, or defending yourself results in individuals examining their lives. A judge presides over these situations and needs to understand both the letter and the spirit of the law. A judge needs to understand that justice cannot just be blind, but needs to be transparent, informed, fair, and equal. You only get that depth when a person who is sitting on the bench has had the benefit of legal practice in many different areas.

I have been an attorney for 26 years and in those years I have represent probably thousands of individuals, and worked hard to secure an outcome that does served each of my clients. And as a criminal defense attorney for the past 9 1/2 years I recognize the significance of restorative justice. Restorative justice is a concept that allows everyone to be seen as worthy of being redeemed and offered the opportunity To be restored and to restore others.

So that is why am running for city court judge because I believe that my practice has made me able to work in a forum where I’m impacting not just individuals one at a time but individuals as a part of a larger system that assures that our common humanity is respected and the strength of our diversity is appreciate it. 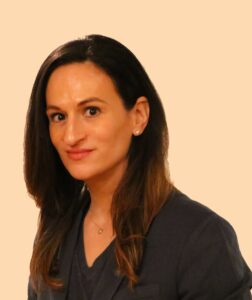 When we elect a City Court Judge, we are electing someone who will decide, among other things, if someone is guilty of the allegations, and, if so, what the punishment should be. Judgments and sentencing are within the sole discretion of the judge and as such, are subjective. Although judges are supposed to be objective and free of bias, a judge brings his or her life experiences to the job. In order to select a judge we trust, we should know that individual or at a minimum, know his or her background. This can prove difficult because judicial candidates usually refuse to answer questions, conveniently and unnecessarily citing judicial ethics but not me.

Most of my supporters know me personally and know the values I represent. I am the daughter of Arab immigrants, youngest of 5 siblings, and I grew up off of South Ave. where I lived until I went away for college. I was a nerd at Danforth elementary but did not apply myself at Corcoran High School. Only through the Grace of God and an exceptional guidance counselor who took an interest in me, I was accepted to LIU where the trajectory of my life changed. I flourished in university and found my calling in the law. Early in my college years, I realized that I stand tallest when I am a pillar of good and progress, and I have been striving for that ever since.

As a lawyer, I pride myself on service. I am accessible, honest, and hardworking, which has proven to be a winning combination for clients and community. Pro-bono and low-bono legal services have been the cornerstone of my successful private practice and I have helped countless community members who could not otherwise afford meaningful representation. Many of my former clients and colleagues are my most ardent advocates. I have owned my own firm in downtown Syracuse for over a decade and have presented at countless workshops, protests and forums. A vibrant community is an engaged and knowledgeable community.

I am uniquely prepared for the job I wish to perform on the bench:  my litigation experience ensures my knowledge of the law; my Master’s in Public Administration will allow me to focus on improved efficiency of the court; and my Southside and community background is an engrained reminder that human lives are always at stake. Competency, efficiency, and compassion are the hallmarks of a great judge.

I am running for the everyday citizens who are simply trying to live and enjoy their lives despite what circumstances may arise. My own journey to becoming the woman I am today has been paved with trials and tribulations, and I would be remiss if I didn’t acknowledge the blessings and opportunities I have received. Throughout my career, I have been striving to be a vessel of blessings to others, and my purpose for running for Syracuse City Court Judge is to do that on a larger scale.

I am humbled and proud to be a candidate for Syracuse City Court, and I would be honored to serve as your Judge. 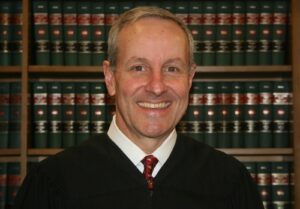 Our nine City Court Judges represent the diversity of our city and are very sensitive to the impact we have in our community.  We strive everyday to be fair and impartial, but also to understand how defendants are impacted by racial and economic disparities and prejudice.  The new bail law removes income and economic factors from bail determinations and provides a more equitable approach to bail determinations.  We work hard in each case to treat people with dignity and respect; and, to understand individual and community bias.  We have a zero tolerance policy with respect to discrimination and bias; and, are developing comprehensive training for all judges and court employees.  Our judges and courts should be the leaders in eliminating racial inequities in our criminal justice system.

There are two City Court positions on the ballot and I am pleased to be seeking re-election having been elected, as a Democrat, to a 10 year term in 2010.  After being raised in Syracuse, Susie and I made it our home in 1985, where she was the Porter Elementary School Librarian for over 20 years.  Our four children attended Roberts Elementary and Corcoran High School.  I have been a volunteer coach and president of Valley Lacrosse for over 20 years. Since 2013, I have been the presiding Judge in Human Trafficking Intervention Court. We help trafficking survivors address issues of substance abuse; mental health; and, housing, using a trauma informed approach.

I had the privilege of serving our country for over 30 years in the New York Air National Guard.

In June 2019 I began the exciting role of presiding in Syracuse Veterans Treatment Court.  Veterans  charged with a criminal offense are given a chance to address their substance abuse and mental health issues, while working to integrate successfully into the community.

I have the patience, humility and temperament to understand how my decisions impact individuals in our community.  I have the courage to follow the law even if it is not popular; and, the integrity not to be influenced by other than the law and the facts.  I was found highly qualified in each of my prior runs for judicial office.    I am a registered Democrat running on the Independence and Working Families lines.  I am asking for your vote on Tuesday.

Contact me at ReElectJudgeLimpert@gmail.com or find additional details regarding my background at www.JudgeTedLimpert.com. Or facebook.com/judgetedlimpert 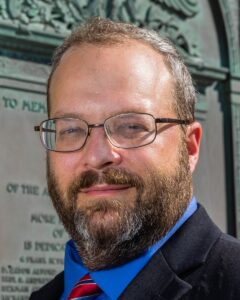 My name is Jason Zeigler and I am asking for one of your two votes for Syracuse City Court Judge.

To run for City Court Judge a person has to have been an attorney for at least ten years. There is no requirement that the experience be related to the types of cases being handled in City Court. However, I have the requisite experience for City Court Judge. The vast majority of cases in City Court are criminal cases. I have been a practicing defense attorney for the past fourteen years. I have handled criminal cases throughout Onondaga County in both adult and juvenile courts. I have handled cases ranging from minor offenses to violent felonies.

When someone is before the Court, it’s important for a Judge to have the experience necessary to understand the different outcomes a case can ha\e for both the victim and the defendant. It is also important to understand the presumption of innocence and the fact that not everyone who is
charged with a crime is guilty. For those who are guilty, it’s vital that a Judge understand the difference between a kid who made a mistake and a hardened criminal; and to deal with each one accordingly.

For eight years I fought to reform the County’s Assigned Counsel System to address structural issues that called into question the basic integrity of the criminal justice system in Onondaga County. I spent six of those years working to organize my colleagues and publicize these issues. Despite my best Charts to publicize the issues, we received almost no press coverage. However:
we ultimately prevailed.

I believe that my colleagues and I were instrumental in reforming a key aspect of the criminal justice system, something you should consider when voting for City Court Judge.

The choices for Syracuse City Court Judge are listed below.