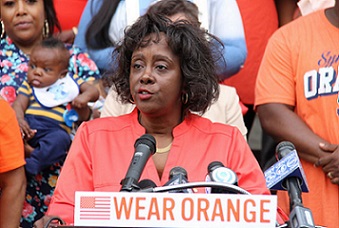 This statement was issued by Syracuse Common Council President Helen Hudson, regarding claims of excessive force against Syracuse Police during an incident involving loud music and subsequent arrest of a person which part of the incident was caught on personal video. The video has since gone viral causing both Syracuse Police Chief Kenton Buckner and Mayor Ben Walsh to issue statements. Grace Street Traffic Stop Arrest Caught on Video Causes Community Concern, Outrage and a Response from Syracuse City Hall City Officials are pledging to conduct a full investigation.

This past weekend a video was brought to my attention of 2 young black men being pulled over by the Syracuse Police department. In the video you could see the young man being drag out of the car by his neck, as the officer is swearing at him and in the same video you can see another officer go to the passenger side and proceed to stop him from recording him.

This video is very disturbing to me and no one should be treated in such a manner by the people that are sworn to protect and serve. The force that was used in this stop in my opinion was excessive and will not continue to be tolerated.

I have two questions:

Understand that the Syracuse Police have a tremendously hard job but it is a job that require professionalism and integrity.

There is a term known as innocent until proven guilty.