SYRACUSE, N.Y. – The City of Syracuse has received notice that it has been denied funding through the United States Department of Housing and Urban Development for a program that has overseen the removal of lead from more than 2,500 homes and apartments occupied by the region’s poorest residents.

While HUD did not approve the latest round of funding for the city’s program, Onondaga County was awarded a grant of $3,900,000 for its lead abatement program. In the most recent previous funding award, both the City and County received $3,000,000. Overall, there will be a net loss of over $2,100,000 in funding directed to lead abatement in the City of Syracuse and Onondaga County. In past years, residents from Syracuse could apply to either the city or county for lead abatement. 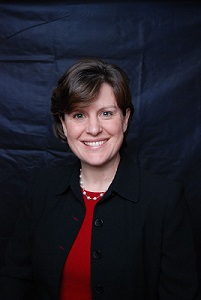 “Syracuse residents will continue to be able to apply for lead abatement through the county’s program, but there’s nothing good about a $2 million reduction in our overall efforts to remove poisonous lead from the places where our poorest residents live,” said Syracuse Mayor Stephanie A. Miner. “The bottom line is that our community has received a reduction of $2 million a year to fight lead. That means lead will not be removed from about 135 houses a year, and most of those will likely be in the city.”

The lack of this funding means that the City of Syracuse lead abatement program will end after January 1, 2015. The program will lay off its four employees. The program has been in operation since 1993. Since its inception, workers in the program inspected 3,323 housing units in the city for lead and oversaw remediation of 2,532 of those units.

In the city of Syracuse, 842 children under the age of six – 7% of the city’s population in that age group – tested positive in 2013 for elevated lead levels. While lead paint was outlawed in 1978, it is more prevalent in the city. The median year for housing stock in more than half the city’s census tracts is pre-1939. By comparison, only three of the 85 census tracts in the county have a median year of pre-1939. The City has 56,013 occupied units of housing.