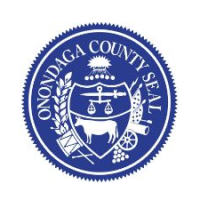 As I let the idea of an aquarium rattle around in my head, I began to wonder about the cost, the logic of the proposal and if it will be a drain on Onondaga County taxpayers. Or as critics point out, there are so many pressing human-service needs, why not invest there? First, the overwhelmingly Republican Onondaga County Legislature would never agree to allocating direct payments to families with children.

Then I started thinking like a resident of an impoverished city that has to negotiate Sales Tax distribution with Onondaga County. The amount of sales tax revenue received by the city of Syracuse from Onondaga County is negotiated periodically. During that time there’s collective breath holding of city leaders, hoping that our share isn’t decreased.

The largest share of revenue from retail is collected from our wealthier suburban neighbors. Some of those same “neighbors” dislike Syracuse, and don’t want a dime of their money going into what some describe as an unlivable city. Destiny USA despite the prayers of some suburban dwellers, isn’t dead and the city of Syracuse is experiencing an unprecedented surge in economic activity.

I then realized that any funds invested in the city of Syracuse is a win-win for residents of Syracuse. As the city rebuilds, so will our tax base. But for now, we have to consider every dime and dollar coming from Onondaga County coffers being spent here, in Syracuse.

The 84-million-dollar aquarium will be built in Syracuse. Think of it. How many Onondaga County dollars are invested in Syracuse? And if this aquarium is built, the businesses that will want to be nearby will be Syracuse businesses, paying both city and county taxes.

I’ve surmised that surplus funds of Onondaga County would never be invested in human capital, it’s something that this county will not do as it’s beyond the responsibilities of Medicaid and other mandated expenses. The investments negotiated for the city’s Southside business corridor, additional funding of housing initiatives, in addition to other concessions being requested by Onondaga County Legislator Garland have convinced me to support this project.

We built a highway and 60,000 people got up and moved. Now, the highway is coming down, but not the anti city of Syracuse attitudes that flourish in the ‘burbs. Therefore, take the 84 million dollars of mostly suburban funds and spend it on a world class Syracuse Inner Harbor Aquarium.  Take the money and run.