The U.S. Census Bureau is ending all counting efforts for the 2020 census on Sept. 30, a month sooner than previously announced. Due to the urgent nature of the US Census there is a link to the website where you can complete the Census online. Political representation and federal funding for the next decade is determined by OUR response. What Syracuse receives depends on OUR participation as a city.

Syracuse’s Mayor Ben Walsh issued a statement regarding the sudden change in the US Census end date, a month sooner than previously announced.

“Cutting off the census count at the end of September is blind to the impact of COVID-19 on self-response rates and to the harm the action will do to people in cities across the nation. The decision is devastating to funding, representation, and redistricting, especially for historically undercounted communities. It further undermines the process and the work of many local organizations and partners who have worked with the City of Syracuse and Onondaga County to encourage people to respond.

A complete census count depends on the Census Bureau having enough time to follow-up with households that have not responded. Currently, response rates are lower than in previous decades because of the pandemic. This decision comes at a time when the need for accurate funding and representation are critical to how our communities will recover. The impact of an incomplete and inaccurate count will be felt for the next decade. I urge the White House to restore the extended Oct. 31 deadline and encourage our local, state, and federal partners to join this call.” 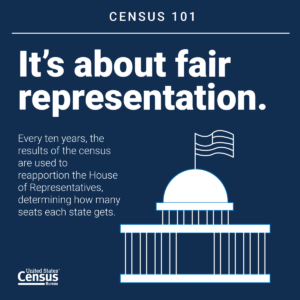