Syracuse Mets Projected to Generate Over 325,000 Annual Visits and Over $6.6 Million in Annual Spending for the Region

Governor Andrew M. Cuomo today announced the Syracuse Mets are committing to sign a lease extension to call Syracuse home for at least 25 years. New York State is committing $12.5 million to Onondaga County’s major renovation project at NBT Bank Stadium in Syracuse, in preparation for the arrival of the Mets’ minor league franchise in 2019. The $26.25 million project will result in an improved experience for dedicated baseball fans and visitors while ensuring the Mets’ farm-team will stay in Syracuse until at least 2043. The Governor also announced the team has been renamed and will now be known as the “Syracuse Mets.” 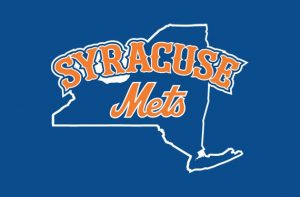 “Baseball has been ingrained in Syracuse’s history for more than 80 years, and this critically important investment will ensure that it remains an ‘amazin’ part of this community’s future for decades to come,” Governor Cuomo said. “By renovating this stadium, we are going to attract new and old fans alike, generate economic activity and increase tourism across the region and help foster the next generation of baseball greats.”

Last November, Governor Cuomo announced an agreement had been reached for the New York Mets to purchase the franchise rights to the Syracuse Chiefs, a Triple-A minor league baseball franchise, for approximately $18 million. The deal ensured that the team would continue to play at NBT Bank Stadium through at least 2025. 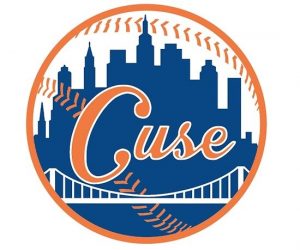 After continued discussions related to the lease of the County-owned stadium, the team committed to a 25-year lease (through 2043) that is contingent upon improvements to the existing stadium and facilities. The Syracuse Mets are projected to generate over 325,000 annual visits and generate over $6.6 million in annual spending for the region.

Onondaga County will commit $12.5 million to the project and New York State will provide a matching grant to support the large-scale renovations, which will include clubhouse upgrades; seat replacement in the stadium’s upper and lower bowls; entryway and other graphic enhancements; lighting and audio upgrades; and the reconfiguration and design of the concourse and re-design of concession stands creating and exciting experience for the team’s dedicated fans. Additionally, the City of Syracuse is providing $1.25 million for water, road and other infrastructure improvements supporting the stadium. 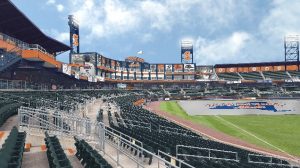 Mets COO Jeff Wilpon said, “We look forward to being in Syracuse as an organization and in the community with our top minor league club for many years to come. We must thank Governor Cuomo for his continued support.  Additional thanks to Joanie Mahoney, the great folks at the ESD as well as the Onondaga County Legislators for all their efforts.”

Local officials were pleased with the announcement, Onondaga County Executive Joanie Mahoney said, “Governor Cuomo is a true champion for upstate New York. We are grateful for his support, which will ensure that NBT Stadium continues serving as an economic engine for our region. Thanks to Governor Cuomo’s commitment and leadership, we are continuing to see great momentum and progress in Central New York.

City of Syracuse Mayor Ben Walsh continues praise of the agreement, “This investment by the County Executive and the Governor exemplifies the partnerships necessary to sustain and grow our city and region. I am excited to welcome the Syracuse Mets to our community, which ensures that a baseball team and stadium will remain in Syracuse and continue to provide recreational opportunities for our region to enjoy.”

Baseball is an integral part of the history of the Salt City, beginning with the establishment of the original Chiefs in 1934. Syracuse saw teams come and go throughout the 1950’s and, in 1961, the city came together to bring back professional baseball through the founding of the Community Baseball Club. Baseball has been played in Syracuse without interruption ever since.

Today’s announcement furthers supports New York State’s efforts to grow the regional economy. Those efforts have included a $120 million investment to modernize the New York State Fairgrounds: the construction of the Lakeview Amphitheater, a world-class entertainment destination; The revitalization of Onondaga Lake; and a $20 million investment in a project in the heart of Downton Syracuse- the restoration of the storied Hotel Syracuse-now known as the Marriott Syracuse Downtown.

State Assemblyman William Magnarelli said, “This is a wonderful opportunity to further develop the resources we have in Central New York to draw tourism and entertainment seekers. This is another example of Governor Cuomo paying attention to the needs and interests of Central New York. NBT Stadium is an important part of our CNY Community. Baseball has always played an important role in our local history. I look forward to the next chapter and am happy to be a part of making this happen.”

“The transformation of the NBT Stadium will support economic growth, job creation and ensure the Syracuse Mets stay in our region for years to come. Under Governor Cuomo’s leadership, New York is investing in upstate communities like never before, and I applaud this latest investment to help our region thrive. Thank you, Governor Cuomo, for being a champion for Central New York.” Added Onondaga Legislature Chairman Ryan McMahon.