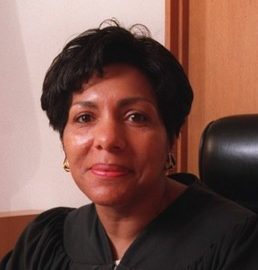 On Thursday, February 8, 2018 Federal Judge Sandra L. Townes, 73, passed away. Syracuse mourns her passing as many have their own special Sandra Townes related memory. Some remember her as English teacher at Corcoran High School, years in the District Attorney’s Office or when she served as an adjunct professor at both Onondaga County Community College and Syracuse University’s College of Law.

Judge Townes possessed the strength and courage to change careers, going through the rigors of law School, attending the Syracuse University College of Law, obtaining her law degree in 1976.

Once in the legal profession as Judge, Townes rose quickly through the ranks in the judiciary serving as a Syracuse City Court Judge in 1987, the first African-American woman to obtain this seat. She served on the NYS Supreme Court in 1999 and by 2001 she was elevated to NYS Appellate Court Judge.

In 2003 Judge Sandra Townes was appointed as a US Eastern District Judge by former president George W. Bush.  And we watched with admiration as she continued to be recognized, as being exceptional.

During her time in her different positions, she displayed a quiet power which made her an effective teacher, and judge. Townes ushered in a period where local Judges were seen as people, not just the institutions they represented, she was approachable. She also by default became a role model for the African-American community, until the election of African-American Judges; they “judges” were seen as foreign. Townes quickly dispelled that myth. It was important to see someone “who looks like us” on the bench, who knew the terrain, and yet displayed quiet, stern and effective leadership.

Over the next few days and weeks you’ll hear people tell their own Judge Sandra Townes  story, as she’ll be missed by all who knew her, friends and colleagues or those who watched her rise through the judiciary system.

She’ll be missed, but never forgotten; as she’s left her mark on the world as a friend, a teacher, a lawyer, a judge and a mother.