Join Syracuse Opera in celebrating Black History Month all though February. They’re showcasing Black artists from our past, but also contemporary artists and later in the month, a peek into the future. Syracuse Opera started the month with a few trailblazers, there’s also an exciting interview with Wayne Sanders, co-founder and Music Director of Opera Ebony. 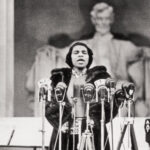 Marian Anderson’s voice rang across the Lincoln Memorial in 1939 with only a solo pianist. Marian enthralled with her brilliant range among pieces such as Gaetano Donizetti’s opera “La Favorita”. Segregation, discrimination and systemic barriers did not hold her back; a voice like hers heard “only once every 100 years.” 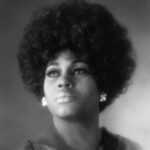 On January 27, 1961, Price made a triumphant debut in the leading role of Leonora in Il Trovatore. This performance proved to be another memorable moment. The audience was raptured and applauded for 35 minutes, one of the longest ovations in Met history 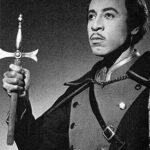 Overcoming seemingly insurmountable obstacles, Robert became the first Black man to perform at the Met (1955), Musical America’s “Artist of the Month” (Aug 1957) and in 2003 won the lifetime achievement award from Opera America and Opera Volunteers International. 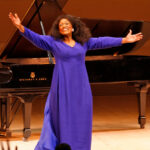 As a 22-year old, Jessye Norman won the ARD International Music Competition. A contract at the Deutsche Oper Berlin was awarded kicking off a super-hero career with an impressive amount of performances, awards and accolades, including 5 Grammys! 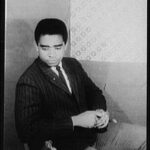 A Conversation with Wayne Sanders

Opera Ebony is America’s oldest African American Opera company whose repertoire has performed around the world and with the most distinguished international orchestras. Our own Gregory Sheppard interviews Wayne Sanders, co-founder and Music Director of Opera Ebony. Grab a glass, get cozy, and follow Wayne’s and Opera Ebony’s inspiring story. “click” on the following link, A Conversation with Wayne Sanders 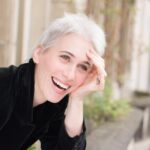 We also have a new series coming, so be sure to check our events tab as we host “Facebook Takeover: A Day in the Life” of vocal talent, artistic staff and more.

February 9th kicks off our first with Alexandra Deshorties starting at 10am, so grab your coffee and spend some time with Alexandra!

Follow us on Facebook so you don’t miss out and stay tuned for more this month as we continue to celebrate Black History Month!