Recently, the Syracuse Police Department had received numerous complaints of suspicious activity in and around the Eastside neighborhoods. The suspicious activity centered around adult males driving around in vehicles and either following people or committing lewd acts in public.  Several of these incidents were investigated and suspect information was developed. 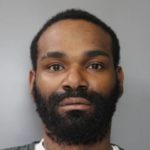 Kenneth Jackson, 35, of Syracuse was arrested in two separate incidents for Public Lewdness for exposing himself in public while asking people over to his vehicle. Jackson has been known to operate a Gray Chevrolet SUV, with NY Registration plates JHR-4856. Anyone encountering this male should exercise caution and report suspicious activity to the police.​ 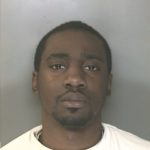 Samuel Lambert, 30 was arrested for disorderly conduct and harassment in the second degree stemming from an incident where he was following around a female victim within the streets near the 300 block of Standish Dr. Lambert is known to operate a Gray 2015 Chrysler sedan, with NY Registration Plates FZS-6567.  Anyone encountering this male should exercise caution and report suspicious activity to the police.