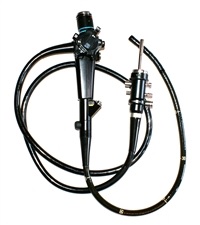 Over a year ago Torrence Jackson was stopped by Syracuse Police, October 2017 in what appeared to be a traffic stop. What happened next is something that seemingly only happens in alien abduction movies, filmed in Nevada.

Syracuse.com reports Syracuse Police allegedly observed the suspect moving as if he’d sequestered drugs in his anus. Based on this observation, the suspect was transported to St. Joseph’s Hospital Health Center, where doctors were asked to perform a rectal exam to retrieve the purported contraband.   According to published reports the doctors refused to perform the procedure.  Doctors ordered an X-Ray that determined that there was no need to perform such an invasive procedure.

Doctors, now presented with an official document, still refused to perform what was to be retrieval of suspected drugs. According to open sources, a search warrant required them to use “any means” to retrieve the drugs.  Then, hospital lawyers overruled doctors and the procedure was performed.

The doctors administered the anesthesia, performed a sigmoidoscopy which entails, inserting a fiber-optic tubular instrument through the anus in an effort to examine the interior of the rectum and sigmoid colon. During their lawful search of his colon, no drugs were found.

There’s reason for Syracuse taxpayers to be concerned because cases like this have resulted in cities and hospitals paying large sums in settlements. Several cases in recent years have cost millions to settle with suspects who were, “probed” in search of drugs.

According to reason.com “In 2016, the federal government and an El Paso hospital agreed to pay a New Mexico woman roughly $1.6 million dollars for the six hours of invasive cavity searches she was subjected to after a Customs and Border Patrol (CBP) drug-sniffing dog alerted to her. In 2014, the city of Deming, New Mexico, paid David Eckert $1.6 million after he was subjected to two X-rays, two digital probes of his anus, three enemas, and a colonoscopy in an ultimately vain search for drugs. In another 2014 settlement, CBP and the same El Paso hospital agreed to pay out $1.1 million to a woman who endured a similarly degrading series of cavity searches. “

Given Saturday Night Live’s Pete Davidson’s run-in with suburban law enforcement over marijuana, Syracuse NY is sure to be the “butt” of many jokes, the show is on hiatus until January, 2019.