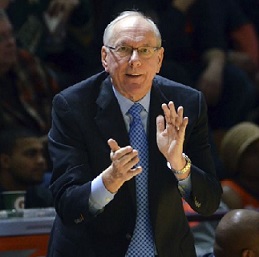 The Syracuse Police Department investigates a fatal crash.  On Thursday, February 20, 2019, at about 11:22 P.M., the Syracuse Police Department responded to 690 East near Thompson Road for a crash.  Upon Officers arrival, they found a 51 year old victim, Jorge Jimenez, of Syracuse who had been struck by a vehicle. The victim was transported to Upstate University Hospital where he was later pronounced dead.

The Syracuse Police Department Traffic Section commenced an investigation.   As a result of that investigation so far, it was revealed that the victim was an occupant in a vehicle that had lost control on the highway striking a guard rail.  The occupants then exited the vehicle and proceeded to walk on the highway within close proximity to that vehicle.  An oncoming vehicle noticed the disabled car and tried avoiding the vehicle which was in the middle of the road. As a result, the driver, James Boeheim 74, of Fayetteville NY struck the victim who was standing on the side of the road. Both drivers remained on scene and are cooperating with this investigation.

Field sobriety and alco-sensor tests for both drivers were negative for any signs of impairment.  Reconstruction of the scene will be performed and speeds cannot be determined at this time. No Uniformed Traffic Tickets have been issued at this time.

This investigation is still active and ongoing. Anyone with information is asked to contact the Syracuse Police Department at 442-5222.  All calls will be kept confidential.  Anonymous information may also be submitted by using the “SPD Tips” App, available on Android and iPhones.