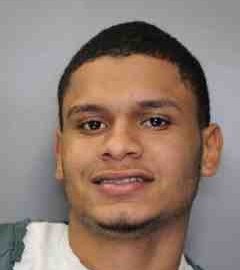 The Syracuse Police Department makes an arrest for possessing a handgun after a foot pursuit.  On Monday, February 11th, 2019, at about 09:00 P.M., Detectives Dzenan Selimovic and Randy Collins of the Syracuse Police Department responded to a suspicious person with a weapon complaint inside of the Uptown Market located at 2002 E. Fayette St.  An anonymous caller had reported the suspect, Davion Garbutt, 18, of Syracuse inside of the store in possession of a handgun. Garbutt then exited the store and Detectives Dzenan Selimovic and Randy Collins attempted to stop him, but Garbutt fled on foot into an apartment complex located in the 2100 block of E. Fayette St. Garbutt was eventually apprehended by Officers Gregory DiPuccio and Officer Michael Dixon a short time later.