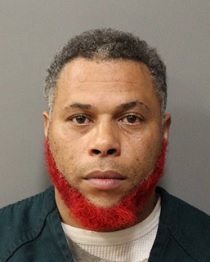 The Syracuse Police Department has made an arrest in a stabbing investigating on Northway St. On Sunday, January 13, 2019 at about 7:00 P.M., the Syracuse Police Department responded to 1012 Northway St. apartment #4 for a call of a stabbing. Upon their arrival, they located a 40 year old male victim, who had been stabbed in his neck and head. Upon speaking to the victim, he stated that he heard a noise out in his front yard. When he went outside to find out what was happening, he was confronted by two Hispanic males. They got into an altercation, during which, one of those male stabbed him. The victim was transported to Upstate University Hospital by AMR Ambulance. His injury was considered to be non-life threatening.

As that investigation continued, Jose Morales, 41 years of age, of Baldwinsville was identified as one of the suspects. He was arrested and charged with Burglary 1st, Assault 2nd, and Criminal Possession of a Weapon 3rd. He was lodged in the Onondaga County Justice Center.

This investigation is continuing. Further information will be released when it becomes available. Anyone with information is asked to contact the Syracuse Police Department at (315) 442-5222.  All calls will be kept confidential.  Anonymous information may also be submitted by using the “SPD Tips” App, available on Android and iPhones.