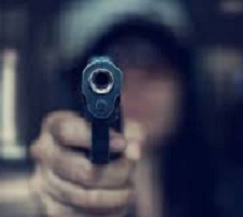 During that incident, a masked suspect entered the store with a handgun and encountered the employee victim, Asim Musa, 41 years of age, of Syracuse. During the ensuing altercation, Musa was shot. He was transported to Upstate University Hospital by AMR Ambulance, where he was pronounced dead a short time later.

Detectives from the Criminal Investigations Division commenced an investigation, where numerous people were interviewed, an extensive neighborhood canvass was completed, and video surveillance from the surrounding area was reviewed. During the investigation, two suspects were identified as Troy Derby and Stanley Sawyer.

Photographs of both men are being withheld while this investigation is continuing. Anyone with information is asked to contact the Syracuse Police Department Criminal Investigations Division at (315) 442-5222.  All calls will remain confidential.  Anonymous tips may also be submitted using the “SPD Tips” app. or called in the Homicide Tip Line at (315) 442-5223.