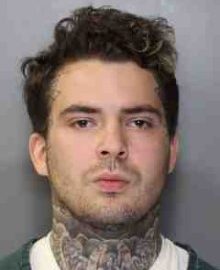 Syracuse, NY.  On Tuesday, October 9, 2018, at approximately 11:20pm, Syracuse Police Officers Joel Dorchester and Joseph Moran conducted a vehicle and traffic stop of a 2012 Volkswagen Jetta, in the 200 block of Wall Street.  Through the officers’ investigation, the driver of the vehicle was determined to have a suspended license.

Upon further investigation, the passenger of the vehicle, Nicholas White, 23, of Syracuse was found to be in possession of 37 grams of cocaine.  White was taken into custody

The driver was released on a number of Uniformed Traffic Tickets and White was lodged at the Onondaga County Justice Center pending his arraignment.

*All arrested are considered innocent, until proven guilty by a Court of Law.