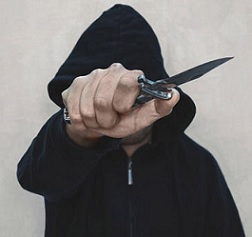 Sunday evening December 15, 2019, at around 4:35 P.M., Officers responded to the 300 block of Green St. for a domestic with injuries type call. Upon arrival, Officers discovered a male victim, 62 who had been stabbed in the stomach.

It was later learned that the male was stabbed by his daughter, Marie Cuthrell, 19, after a dispute the two were having. After Cuthrell stabbed the victim, she went to the exterior of the property, where she was located by police.