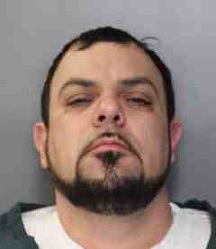 Syracuse, NY.  On Saturday, December 29, 2018, at approximately 12:24am, Syracuse Police Officers responded to the 100 block of Second North Street, in regards to a stabbing investigation.  Upon arrival officers met with the 43 year old female victim, who was suffering from a stab wound to her left leg.  The victim told police she had been riding in a vehicle with her boyfriend, Christopher Mayorga, 43, of Cicero, NY.  The victim said they got into an argument and during the altercation Mayorga punched the victim in the face and then stabbed her in the leg.  The victim’s injuries are not life threatening.  She was transported by AMR Ambulance to University Hospital for medical treatment.