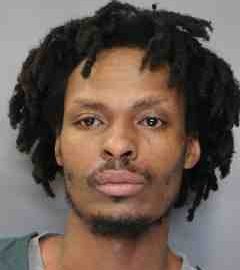 Syracuse, NY.  On Tuesday, January 01, 2019, at approximately 6:37pm, Syracuse Police Officers responded to the 600 block of Butternut Street, regarding a stabbing investigation.  Upon arrival, Police Officers Chelsea Townsend and Gene Lagoe observed the suspect, Tyler Gammons, 34, of Syracuse, standing in the street, holding a pair of scissors.  The officers took Gammons into custody without incident.

Officers spoke with the 18 year old male victim, who reported he had been involved in a physical altercation with Gammons.  The victim told police Gammons had stabbed him in the back with a pair of scissors during the altercation.  The victim sustained a laceration to the back.  His injuries are not considered life threatening.  He was transported by AMR Ambulance to University Hospital for medical treatment.

Gammons was arrested and charged with Assault in the Second Degree and Criminal Possession of a Weapon in the Fourth Degree.  He was lodged at the Onondaga County Justice Center pending his arraignment.