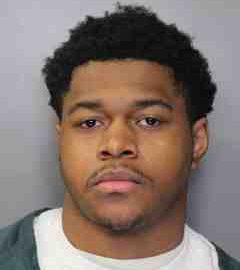 Officers located a 16 year old male victim inside the residence.  The victim was suffering from multiple stab wounds to his abdomen, arms and legs.  He was transported by AMR Ambulance to University Hospital for medical treatment.  The victim underwent surgery and is currently listed in stable condition.

Brown was arrested and charged with Assault in the First Degree and Criminal Possession of a Weapon in the Fourth Degree.  He was lodged at the Onondaga County Justice Center pending his arraignment.