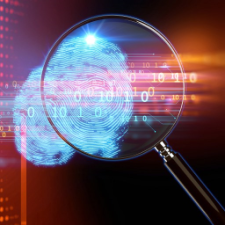 On Sunday, September 22st, 2019, at around 8:09 PM, Officers responded to the 700 block of Butternut St. for a reported shots fired / disturbance type call.  Upon arrival, they discovered an adult male, later identified as Orion K. Thompson, 20, of Syracuse, had been shot in the 600 block of Butternut St.  Thompson was subsequently transported to University Hospital by AMR paramedics, where he was pronounced deceased a short time later.

An investigation was immediately commenced by Detectives of our Criminal Investigations Division, where numerous people were interviewed, and an extensive neighborhood canvass was conducted.  Search warrants were also executed, and physical evidence collected during the investigation was analyzed and processed.

As a result of the above efforts, a suspect in this incident was identified as Charles R. Williams, 24, of Syracuse.  Williams had previously been lodged in the Jamesville Correctional Facility, on an unrelated matter, at the time of this arrest.  Williams has been charged with Murder in the Second Degree and Criminal Possession of a Weapon in the Second Degree.  Williams is currently lodged in the Jamesville Correctional Facility pending his arraignment.

The investigation is still continuing.  Anyone with information is asked to contact the Syracuse Police Department’s Criminal Investigation Division at (315) 442 – 5222