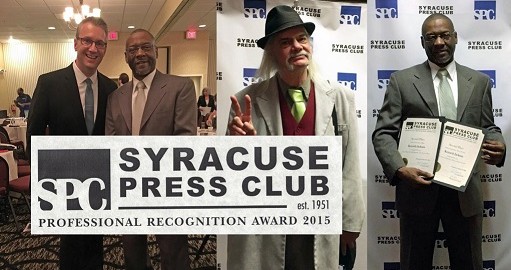 Amari Pollard is the recipient of the 2016 Devesty-Williams Scholarship. Pollard is a graduate of Balwinsville’s C.W. Baker High School. A student at LeMoyne College she’s majoring in communications with a minor in creative writing. Serves as public relations representative of P.O.W.E.R; one of several multicultural groups on campus. She is also Editor-in Chief of the school newspaper, The Dolphin. This summer Pollard will participate in the American Society of Magazine Editor’s summer internship program. 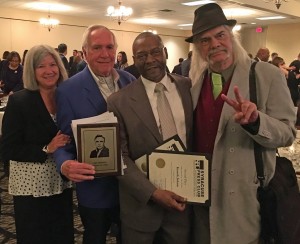 This year’s Wall of Distinction honoree is Art Zimmer former owner/publisher of the Syracuse New Times. Zimmer bought the paper in 1986 saving the paper from almost certain death. During his 26 years as publisher, The New Times has won more than 250 awards from local, state and national groups. The Wall of Distinction is located in the lobby of the Crouse-Hinds Theater.

The Press Club’s contest is conducted completely digital by the Better Newspaper Contest under the direction of Eagle Newspapers editor Sarah Hall. Volunteers from numerous press clubs across America judged the over 300 entries and selected first- and second-place winners in numerous competitions in TV, radio, print, online and college journalism categories. 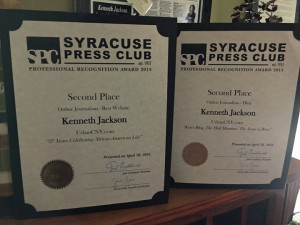 According to founder and publisher Ken Jackson, “Let me start out by saying ‘Black Writers Matter’, I am pleased that the journalism community has recognized Urban CNY as a voice, one of many coming from a diverse community. The award also shows that you don’t have to be a large publication or a large well-funded digital media corporation to participate. The recognition is an indication that African-American voices do matter in ongoing discussions about politics, civil rights, equality of opportunity and how we live our lives in Syracuse New York.”  Urban CNY aka The Constitution began in 1989 and is celebrating its 27th year of operation.

Ken Jackson is publisher and editor of Urban CNY/urbancny.com and former contributing writer for the Syracuse New Times and Eagle Newspapers. Since 2004, 21 journalism awards have been presented to Jackson and/or Urban CNY 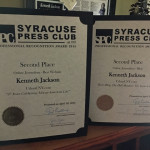 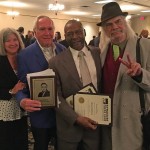 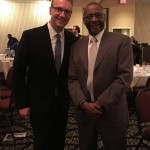 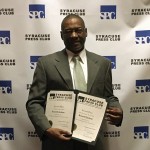