Initially banned in Fugard’s homeland of South Africa, “‘Master Harold’ . . . and the Boys” premiered at Yale Repertory Theater in 1982 and went on to successful runs on Broadway and at Britain’s National Theatre. It is among Fugard’s best known and most produced plays.

“‘Master Harold’ . . . and the Boys” was filmed live in the Arthur Storch Theatre with a four camera capture by Black Cub Productions.

“Once it became clear that our 20/21 season would happen on line, we worked to select plays that we felt could be effectively translated to the digital experience,” said Bob Hupp, artistic director, Syracuse Stage. “Here we are at the conclusion of that experiment with ‘‘Master Harold’ . . . and the Boys,’ in many ways our most ambitious offering. It’s a production that brings to the fore the collective artistic learnings developed over the course of this season. And while we look ahead with excitement to our return to live performance this fall, we won’t lose sight of the valuable lessons we’ve learned in the past 14 months.”

Considered by many to be among South Africa’s greatest playwrights, Fugard has written more than 20 plays and has received a Tony Award for lifetime achievement (2011). Many of Fugard’s plays address the injustices and inequities of South Africa’s racially discriminatory and repressive Apartheid laws (1950 – 1994). “‘Master Harold’ . . . and the Boys” is his most autobiographical work, with the white teenager, Hally, standing in for the author and the middle-aged Black man, Sam, representing a close friend who served as a kind of surrogate father to the future playwright, a man Fugard would later describe as “the most beautiful friend I ever had.”

The action of the play unfolds in one act and in real time over a single rainy afternoon in a tea room in Port Elizabeth, South Africa. The tea room is owned by Hally’s family and run by his mother with the help of two employees, Sam and a younger Black man named Willie. As the lights come up, Sam and Willie discuss ballroom dancing in anticipation of an upcoming regional competition in which they are participating. Hally arrives fresh from school, and a familiar and playful routine commences. Hally and Sam banter. Both tease Willie. The affection is genuine.

Notably absent, though, is Hally’s mother. She has gone to visit Hally’s father, a man with some physical disability, who is in the hospital. This developing situation offstage upends the afternoon and leads to consequences none would have foreseen and none would have chosen.

In his review of the Broadway production, the New York Times’ Frank Rich described “‘Master Harold’ . . . and the Boys” as “lyrical in design, shattering in impact.” It is a spot on assessment. Fugard balances the turbulence unleashed in the tea room with near poetic evocations of the grace and symmetry found on the dance floor: ugliness v. beauty, reality v. dream, truth v. aspiration, all played out in this remarkably compact play.

“This is a story about a delicate dream/dance of hope that gets defiled and overshadowed by an outburst of fear and anger,” said McCauley. “But in the hands of a ‘master’ playwright like Fugard it becomes more. Fugard brilliantly reimagines a painful incident from his childhood and ‘re-members’ it in such a way that we are forced to witness the up close and personal horrific cost of holding onto the belief in white supremacy that continues to plague our world. At the same time, he manages to give us a glimpse of the kind of hope that Cornel West says is created when people ‘wrestle with despair, yet never allow despair to have the last word.’”

Returning to Syracuse Stage after 40 years is L. Peter Callender as Sam. Callender made his professional debut at Stage in 1980 as Egeon in “The Comedy of Errors” directed by Arthur Storch. In fact, Callender delivered the very first lines spoken in a production in the John D. Archbold theatre. Since then, his career has taken him to Broadway and regional theatres across the country. He has appeared in five Fugard plays, 23 Shakespeare plays, and is currently the artistic director of the African American Shakespeare Company in San Francisco.

Nick Apostolina makes his Syracuse Stage debut in the role Hally. His credits include Deaf West Theatre and productions at the Edinburgh Festival Fringe. Also new to Syracuse Stage is Phumzile Sojola as Willie. Originally from Port Elizabeth, South Africa, Sojola’s international career spans opera, theater and performances with symphony orchestras. He has appeared on Broadway and will make his Metropolitan Opera debut in “Porgy and Bess” in the fall.

As the Covid impacted 2020/2021 season draws to a close, Hupp said he and the staff at Stage are preparing for the 2021/2022 season. An announcement is expected soon. 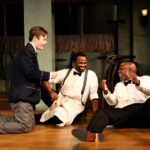 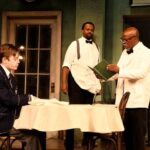 “Like many of our on line production, experiencing ‘‘Master Harold’ . . . and the Boys,’ in the digital format brings us even closer to the raw emotion experienced by Fugard’s characters,” added Hupp. “These characters, brought to vivid life by our three dynamic actors, inhabit a bygone world that, tragically, isn’t bygone at all.” 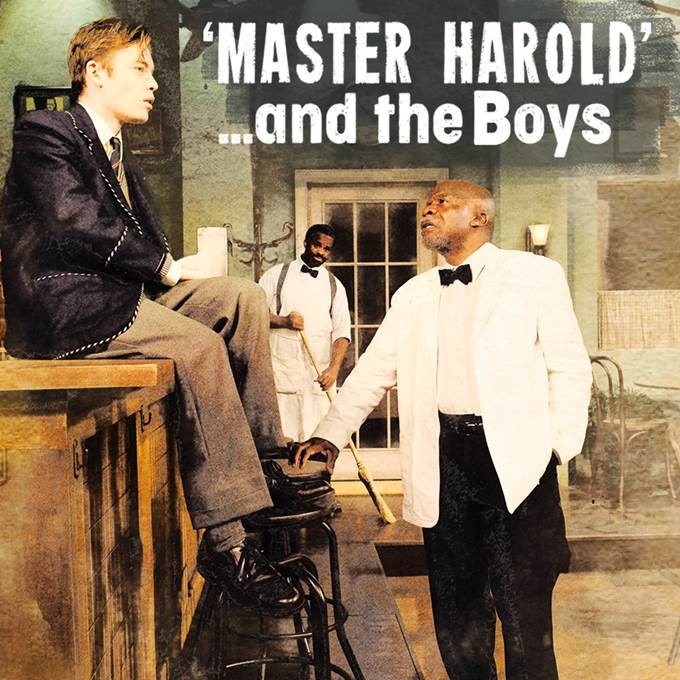 The actors and stage managers in this production are members of Actors’ Equity Association, the Union of Professional Actors and Stage Managers in the United States.

A recorded virtual pre-show discussion with artists who worked on “‘Master Harold’ . . . and the Boys.”

Prologue will premiere on June 18 online at www.SyracuseStage.org, where it will remain available for viewing through July 4.

Enjoy a virtual lecture “One Little Corner of the World” from Greg Homann, a multi-award winning South African-born theatre director, playwright, dramaturg and academic living in

the UK. In 2014 he was the recipient of South Africa’s highest award for theatre, the prestigious Standard Bank Young Artist of the Year.  Homann will give an overview of the place Fugard was writing from, with reference to some of his other seminal works. Audiences will learn the details of the world Fugard grew up in and how that sense of place has been captured in “‘Master Harold’…and the Boys,” including how Fugard finds the universal in ‘writing local.’ The lecture is hosted by Associate Artistic Director Kyle Bass.

The Wednesday @ 1 lecture will premiere on June 23 at 1 p.m. online at www.SyracuseStage.org, where it will remain available for viewing through July 4.