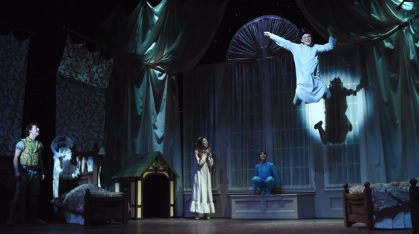 (Syracuse, NY)— Due to high demand for matinee performances, Syracuse Stage has added a performance of Peter Pan on Tuesday, December 29 at 2:00 p.m. These daytime performances are very popular with families and young children and many are sold out. 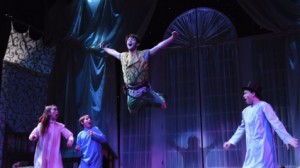 Peter Pan performs through January 3, 2016 in the Archbold Theatre at the Syracuse Stage/Drama Complex, 820 East Genesee Street. Tickets and information are available at www.syracusestage.org, by phone at 315-443-3275, and in person at the Syracuse Stage Box Office (Mon-Fri, 10 a.m.-6 p.m. and two hours before curtain in the evening and on weekends). Discounts are available for groups of 10 or more at 315-443-9844. Discounts are also available for seniors, students, and U.S military personnel and veterans. Sign interpretation, open captioning, and audio description services are available for select performances.