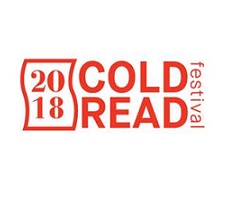 Syracuse, NY – All plays were once new plays. That’s the idea behind Syracuse Stage’s Cold Read: A Festival of Hot New Plays, which starts Thursday evening and has events scheduled each day through Sunday afternoon.

The brainchild of Stage’s associate artistic director Kyle Bass, who serves as curator for the four events, “Cold Read” invites audiences into the playwright’s process by presenting works in various stages of development. All events are free and open to the public, but tickets are required and can be ordered online at www.syracusestage.org or at the Box Office (315-443-3275). (Note: Thursday and Friday’s events are sold out.)

Thursday’s kick-off turns Syracuse Stage trustees into thespians with a reading of “Act One” by James Lapine.  Based on the autobiography of the great Moss Hart, “Act One” celebrates theater through the life of the legendary writer and director who was known for such plays as “Once in a Lifetime” and “You Can’t Take It With You.” Former Syracuse Stage director Robert Moss directs the reading, which will take place on the stage of the Archbold Theatre.

Next up on Friday evening is an event called Under Consideration. Current artistic director Robert Hupp directs a cast of professional actors in a reading of a play that he is considering for production in a future Syracuse Stage season. For this event he chose “The Effect” by Lucy Prebble. Originally, staged at London’s National Theatre with a subsequent New York production off-Broadway, “The Effect” is a love story set during a clinical drug trial.  This reading also takes place on the Archbold stage.

Saturday brings Solo Act, two performances of “Down the Rabbit Hole All Day” by New York-based writer and performer Liza Jessie Peterson. Peterson is a renowned actress, poet, educator, activist and playwright whose credits include HBO’s “Def Poetry Jam” and Spike Lee’s “Bamboozled.” Performed downtown at the Nancy Cantor Warehouse, Solo Act is rooted in Peterson’s work with incarcerated youth including the juvenile population at Rikers Island. There will be two showings of Peterson’s show, 3 p.m. and 7:30 p.m.

On Sunday, an event called Draft/Pages features beer by Empire Brewing Company and a reading of a work in progress by playwright Maurice Decaul. A cast of professional actors will read Decaul’s “Deliverance” on the Archbold stage. Decaul is a U.S. Marine veteran, poet, essayist, librettist, and playwright. Theatrical credits include “Dijla Wal Firat: Between the Tigris and the Euphrates,” and selected printed publications include New York Times, The Daily Beast and Callaloo.

Moderated talkbacks are scheduled for the events on Friday, Saturday, and Sunday. In addition, visiting artists Peterson and Decaul are offering workshops during their stay. Decaul also worked with student veterans from Syracuse University.