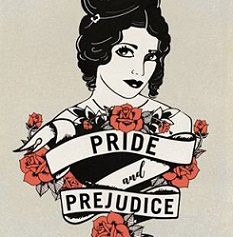 In recent years, Austen has found renewal and acclaim Off-Broadway and in regional theatres, largely through the unconventional and ingenious adaptations of Hamill, who is both a playwright and actor.

Hamill’s “Pride and Prejudice” is distinctly her own, decidedly comic and inventive, yet extraordinarily true to the source. It is Austen told with the high energy and theatrical flair of “The 39 Steps” or Ken Ludwig’s “Baskerville.” It is no wonder Hamill has become an Off-Broadway favorite.

“I love to create pieces of theatre that are highly theatrical and that are surprising,” Hamill explained on NPR’s “Here & Now.” “What I like to do is for the audience to come in expecting something, and come out being like, ‘Wow, that was completely different from what I expected.’”

The degree to which Hamill has achieved this aim is reflected in the glowing reviews “Pride and Prejudice” received for its premiere in 2017 at the Hudson Valley Shakespeare Festival and subsequent transfer to New York’s Primary Stages.

“Her joyous, lovingly painted adaptations of cherished romances are everything fans of these novels could possibly hope for. Hamill’s new play has turned the original story into a farcical, hilarious romp, while earnestly maintaining the integrity and desperate exigence of Austen’s original,” reported TheatrePizzaz.

“The stuff hits are made of… the ever-ingenious Ms. Hamill has given us something completely and delightfully different. The language is traditional but the approach is thoroughly modern,” noted The Wall Street Journal, which named Hamill Playwright of the Year in 2017.

Jason O’Connell directs the Syracuse Stage production of “Pride and Prejudice.” He knows well the material and the playwright, having portrayed Mr. Darcy in the premiere production opposite Hamill’s Lizzy Bennet. O’Connell credits Hamill’s deep understanding of and sympathy for Austen’s characters as a key to why audiences respond so well to her adaptations.

“People love the novel and the story so much. They feel like they know the characters, that they have ownership of them in a way,” he explains. “And the amazing thing about Kate’s adaptation is that it makes the characters even more accessible somehow, even easier to love.”

O’Connell cites his own experience of playing Mr. Darcy as an illuminating example.

“In Kate’s version, a seemingly impenetrable enigma like Mr. Darcy becomes a social misfit, deeply sympathetic in his awkwardness. She gets to the root of all of these characters in such a beautiful way. I think that’s what audiences respond to,” said O’Connell.

While acknowledging that Hamill’s slightly irreverent tone and playful staging give “Pride and Prejudice” a contemporary spin, O’Connell balks at the notion that her adaptation should be considered an update.

“The way these people speak, the language they use, the realities of their lives and the world they inhabit are very much in keeping with the period of Austen’s original,” he says.

In addition to “Pride and Prejudice,” Hamill has written successful adaptations of “Sense and Sensibility,” Thackeray’s “Vanity Fair” and “Little Women.” She refers to these as “feminist progressive adaptions,” a contemporary perspective that distinguishes her take on these classics without distancing them from the source material.

Rather, O’Connell observes, it makes her plays and characters immediate and recognizable.

“Kate has an incredibly strong understanding of the women at the center of these stories and, as a feminist playwright, really gets inside the heads and hearts of characters who—despite the constraints of the times in which they ‘lived’ (or, rather, were first brought to life by their respective authors)—are really feminists in their own right. On some level, Kate is Lizzy Bennet, she is Becky Sharp, she is Jo March. She breathes a life into these fellow feminists that, in its deep empathy and immediacy, feels contemporary, though I would argue a better word for it is actually timeless.” 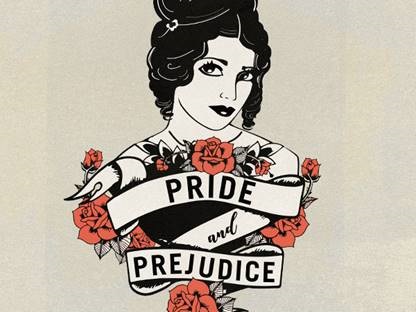 Join the cast for a post-show celebration with live music presented by CNY Jazz, featuring Julie Falatico, food and drinks.

Dive deeper into the world of Jane Austen with Dr. Mike Goode, a professor in the Syracuse University English Department. A specialist in 18th- and 19th-century British literature, Goode has published several articles and books, including “Sentimental Masculinity and the Rise of History” (Cambridge University Press, 2009). He is currently working on a book on the afterlives of writings by Jane Austen, Walter Scott, William Blake and Mary Shelley in contemporary British and American culture. The lecture will begin at 1 p.m. in the Archbold Theatre.

Enjoy complimentary light fare from local restaurants, half-priced drinks and $5 drink specials at the bar. Syracuse Country Dancers will demonstrate several English Country Dances that were popular during Jane Austen’s day from London to the English countryside. Patrons are welcome to join in on the dances.

Join the Young Adult Council for “Pride and Prejudice.” Tickets are available to high school students for $18 with no added fees. At 7 p.m., join other students for a calligraphy class followed by “Pride and Prejudice” at 8 p.m. After the show there will be a Kahoot quiz with prizes. Those participating in Students at Stage must present valid School ID upon entry.

Join us for a poetry series that connects the literary arts to the work on our stage with readings from published poets Devon Moore and Diane Wiener. Moore is the author of “All Throats Sound Animal” (Cider Press Review, 2018) and “Apology of a Girl Who Is Told She Is Going to Hell” (Mayapple Press, 2015). Her poems have appeared in “Gulf Coast,” “Meridian,” “Juked” and elsewhere. Wiener is the author of “The Golem Verses” (Nine Mile Press, 2018) and former “Huffington Post” contributor. Her poems have appeared in “Nine Mile Magazine,” “Wordgathering,” “Tammy” and elsewhere; her flash fiction is forthcoming in “Ordinary Madness” (Weasel Press). Wiener’s second book of poetry is currently under review.

Join Syracuse Stage and friends for an evening of food, drinks, shopping, and the rollicking, adventurous show “Pride and Prejudice.” Vendors include Showoffs Boutique, The White Sleigh, Michelle DaRin Jewelry, Lilipad Creations, It Works!, and Primitively Perfect. Ladies Night tickets are just $35 and include pre-show event and performance (cash bar). Use code “Ladies35” when checking out.

The Syracuse Stage bar will remain open after the show. Patrons will have the opportunity to mingle with the cast and crew of “Pride and Prejudice.”