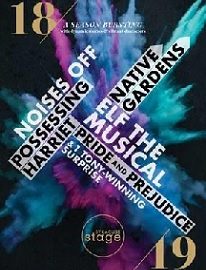 “Elf the Musical” is Syracuse Stage’s annual holiday family show. Based on the New Line Cinema film starring Will Ferrell, “Elf the Musical” follows an oversized elf named Buddy on his search for his real family in New York City. Filled with humor and terrific songs, this heartwarming musical will be co-produced with the Syracuse University Department of Drama.

Michael: Buddy’s stepbrother who is excited to have a new friend and brother. Unlike his mother, he doesn’t take much convincing to have Christmas spirit, but like his mother, he wishes his father would spend more time with the family. Auditioners must be no older than 13 years of age by Dec. 31 and convincingly play a 10 – 12-year-old. Vocal range between F3 and G5.

Little Boy / Swing: Seen sitting on Santa’s lap. This role will also serve as Michael’s understudy. Auditioners must be no older than 13 years of age by Dec. 31 and convincingly play a 10 – 12-year-old. Vocal range between F3 and G5.

All ethnicities are encouraged to audition. Those auditioning should prepare 32 bars of a song of their choice and sides that will be provided when audition appointments are made.

Auditioners should note that “Elf the Musical” includes a significant number of morning student matinees in addition to evening performances. Children must be available for rehearsals beginning Oct. 23 through the end of the show’s run on Jan. 6, 2019.

For more information or to book an appointment, contact Becca Grady at (315) 443-4008 or auditions@syracusestage.org.