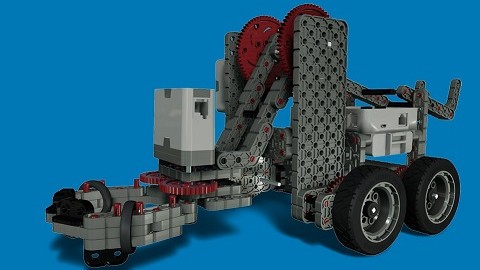 Teams of students from the Syracuse City School District are gearing up for this year’s Northern New York State Vex Robotics Championships. The robotics competition will be held on Saturday, February 7, 2015 at the SRC Arena on the Onondaga Community College campus. Twelve of the teams entered in the competition are comprised of students from middle and high schools across the Syracuse City School District.

Students have spent months using what they have learned about science, technology, engineering and math to design and build a robot to compete against other teams. The NNYS Championship is a qualifier for the VEX World Championships in April. The team that wins this Saturday’s competition will have the chance to compete with robotics teams from around the world.

In 2013, a team from Nottingham High School won the Excellence award in the NNYS Championships and earned the right to compete in the April 2014 World Championships. Teams from Frazer Middle School and H.W. Smith were also among the tournament champions, winning the 2014 competition’s Design Award and Judges Award, respectively.