Syracuse University Alumni Celebrate Coming Back Together 2017, the 12th reunion!
Started in 1983, Coming Back Together (CBT) was the first reunion of its kind in the nation. It brings African American and Latino alumni back to campus to celebrate their accomplishments and see how Syracuse University has grown and changed over the years. It also introduces current students to successful alumni to make connections and get their advice on making the most of their time after graduation.

Held every three years, CBT gives SU alumni an opportunity to catch up, reminisce, and share their vision for how they can keep the University moving forward. The weekend features a full schedule of distinguished speakers; networking, social, and academic events; and of course, the thrill of an SU football game.

Be sure to check out the photo galleries of past CBTs and the CBT Facebook group.
In-person registration begins September 14 at the Panasci Lounge in the Schine Student Center and will continue throughout the weekend.

It’s going to be a weekend full of amazing events, opportunities to catch up with old friends, and make new connections. 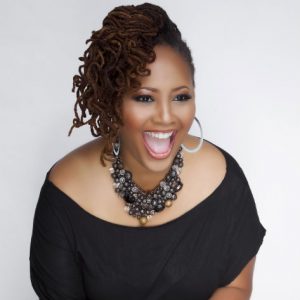 Multiple Grammy Award-winning artist Lalah Hathaway will perform in concert on Friday, Sept. 15, from 9-11 p.m. in the Schine Student Center’s Goldstein Auditorium as part of Syracuse University’s Coming Back Together reunion of African American and Latino alumni. Opening act is Tanksley. CBT registrants receive one ticket with their registration. Otherwise, tickets may be purchased here.

The daughter of Donny Hathaway, Lalah Hathaway debuted her self-titled recording in 1990. Her stage shows include jazz, pre-rock pop and gospel. She has appeared on BET doing jazz and fusion. After her second and final album for Virgin, 1994’s “A Moment,” she went on a lengthy hiatus, returning in 1999 with Joe Sample for “The Song Lives On” (GRP). The following decade and into the 2010s she released “Outrun the Sky” (Sanctuary, 2004), “Self Portrait” (Stax, 2008), and “Where It All Begins” (Stax, 2011)—all albums involving collaborations with the likes of Mike City, Rahsaan Patterson, Rex Rideout, and Dre & Vidal.

A 2013 collaboration with the band Snarky Puppy—on a cover of Brenda Russell’s “Something”—won a 2014 Grammy Award for Best R&B Performance. The following year, thanks to her role in Robert Glasper Experiment’s update of Stevie Wonder’s “Jesus Children of America,” Hathaway picked up the Grammy for Best Traditional R&B Performance. She then recorded and released “Live.” A collection of back-to-back sets recorded at Los Angeles’ Troubadour, the same venue her father played in 1971—as heard on the first side of his 1972-released album of the same title—it was released in 2015. Her song “Angel” took the 2016 Grammy for Best Traditional R&B Performance, and her album “Lalah Hathaway Live” took the 2106 Grammy for Best R&B Album.

Tickets: Available at boxoffice.syr.edu; $20 for floor, $10 for balcony.