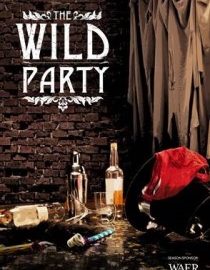 (Syracuse, NY) – The Syracuse University Department of Drama resumes its 2018-2019 season with “The Wild Party,” written and composed by Andrew Lippa. Faculty members Katherine McGerr and Andrea Lee Smith will take the audience into the world of the Roaring ‘20s with their direction and choreography. The musical will run from March 29 through April 7 in the Syracuse Stage/ Drama Complex, 820 East Genesee Street, Syracuse, New York, 13210.

Based on the 1929 poem of the same name by Joseph Moncure March, “The Wild Party” follows Queenie and Burrs, a once fiery and passionate couple, who throw a lavish party for their friends as a last ditch effort to restore the excitement they once had for each other. As excessive amounts of alcohol flow, a parade of eclectic characters join the festivities. The fun turns to danger, however, as jealousy and rage threaten to erupt in violence.

Throughout the course of the musical, Queenie finds herself caught between two very different men, both of whom are passionate about making her their life partner. Queenie’s struggle to break free of the confines of the love triangle and choose the man she wants carries serious consequences.

Director McGerr said that “The Wild Party” features “lush music, tons of dancing, gorgeous visual opportunities [and] delicious intrigue.” Despite these flashy elements, she hopes that the audience will “think a little bit about party culture and what happens when addiction and relationship violence get mixed up into that.”

“I wanted to work on ‘The Wild Party’ because of the opportunity it affords to examine party culture. University life–and the intense work that goes along with it–gives rise to a work-hard-play-hard mentality,” she added. “We all need to unwind, especially in today’s culture of overworking. We all need occasional escape from the day-to-day. But how far is too far–for ourselves and for the people around us? Where is the line between excitement and endangerment? ‘The Wild Party’ is relentlessly fun and theatrical–and it also asks us to consider our responsibility as bystanders to the drama.”

Composer and writer Lippa is also well known for his lyrics and composition for “The Addams Family,” “Big Fish,” and a revised version of “You’re a Good Man, Charlie Brown.” He developed “The Wild Party” at the Eugene O’Neill Theatre Center in 1997 and it premiered at Manhattan Theatre Club in 2000. The original cast included Idina Menzel and SU Drama alumnus Taye Diggs. The production earned a Drama Desk Award for Outstanding Music and an Obie for Best Choreography.

The Life of the Party: Prohibition, The Jazz Age and Contemporary American Culture

This discussion is free and open to the public. No tickets required.

Performances of “The Wild Party” with open captioning or American Sign Language (ASL) interpretation are noted. For an accommodations request for the Sunday Salon, contact Ralph Zito at rzito@syr.edu.