The awards are bestowed annually on people who, in the spirit of King’s “beloved community,” have made a positive difference in the lives of others, but who are not widely recognized for their efforts. The categories include community member, student, faculty and staff. 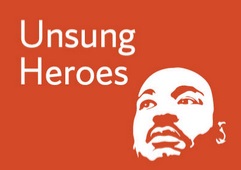 This year’s recipients will be honored at The Martin Luther King Jr. Celebration, to be held this year on Sunday, Jan. 27, in the Carrier Dome under its theme “The Global Impact of Civil Rights.” The celebration is the largest of its kind on a college campus and features performances, dinner and a conversations with Trevor Noah, host of “The Daily Show” and author of “Born a Crime: Stories from a South African Childhood.” Ticket and celebration information can be found at mlk.syr.edu.

This year’s Unsung Hero recipients are: 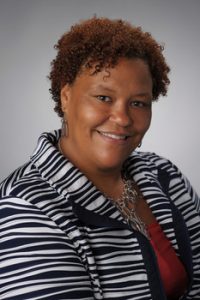 Syeisha Byrd is a force of nature. Her energy, compassion, creativity and commitment to creating a positive impact, and to nurturing the same commitment in students, changes lives.

Growing up on the lower west side of Syracuse, Byrd was so distressed watching many of her friends drop out of school or lose their lives to gang violence that she vowed to commit her life to confronting these issues by working with local youth. Toward that goal, she spent 16 years working with youth through the Boys & Girls Clubs of Syracuse.

In her role as director of the Office of Engagement Programs at Syracuse University’s Hendricks Chapel, Byrd builds relationships and engages students from all over campus, encouraging them to get involved in the broader community. She creates and develops programming for student volunteers to help combat whatever problems need to be addressed in the community—everything from reducing gang violence to mentoring refugees. While doing so (and raising four children), Byrd also completed a master’s degree in social work at the University in 2012.

One of Byrd’s goals is to build sustainable programs that give students the opportunity to give back to the community and teach them how to create their own programs and lobby for social change. She has spearheaded programs such as a social entrepreneurship impact hour, where she mentored students interested in making a social impact through their entrepreneurial work, and Thanksgiving and Christmas donations—including Angel Stockings—partnering with numerous campus and community organizations. She has recently taken a leading role with Hendricks Chapel’s food pantry; she works with colleagues in Hendricks Chapel and partners with food studies students as well as the local University United Methodist Food Pantry to better understand food insecurity and students’ needs.

Byrd’s commitment to her community extends well beyond campus. She has taught crocheting to individuals recovering from addictions at Syracuse Behavioral Health Care and served on the advisory board of the Center for New Americans to help refugees from Somalia and Bhutan settle into their new lives in Syracuse. She sits on the boards of Home Headquarters Inc. and the Near Westside Initiative.

“Syeisha believes she can change the world and bring everyone along with her,” says Pamela Kirwin Heintz, SU associate vice president and director of the Mary Ann Shaw Center for Public and Community Service. “Working with Syeisha is like letting sunshine into the dark places.” 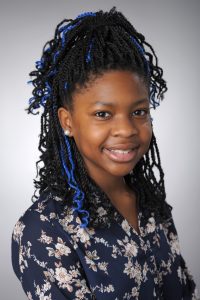 Artist Amiah Crisler, 11, normally works with oil and acrylic paints when she’s painting at home. But when the annual Street Painting Festival rolls around each summer, she trades her paintbrushes for chalk in soft pastels.

Crisler’s sidewalk work has stunned those attending the downtown Syracuse festival for two years in a row. Last July, she drew a vibrant, abstract picture of a dog. Her mother, Kelly, posted photos on Facebook every step of the process. Within the hour, the post went viral, and it has been shared more than 71,000 times. Crisler won first place for her age group and the People’s Choice Award in the street painting competition. It was her second year in a row that she won; she drew an elaborate peacock last year.

Crisler attends Ed Smith School in Syracuse, where her favorite subject is art. She also takes classes at Shades of Orange Art Studio, where her teacher calls her “a free spirit.” She is interested in being an obstetrician-gynecologist, but is also considering a career as an entrepreneur so she can open a store called “Artsy Things.” “Not really like Michael’s, where they have knitting,” she says. “This would focus on painting, with high-quality brushes and paints.” 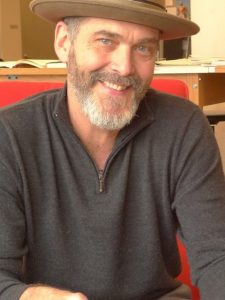 Stephen Mahan was a member of the faculty of the College of Visual and Performing Arts (VPA) and director of the University’s nationally acclaimed Photography and Literacy (PAL) Project for more than 10 years when he died unexpectedly in a motor vehicle accident in July 2018.

Through the PAL project—a collaboration among the transmedia department in VPA, the Coalition of Museum and Art Centers (CMAC) and the Syracuse City School District—Mahan created a learning environment in which Syracuse University students helped students from the school district to improve their literacy skills through photography.

Mahan was affiliated with Light Work/Community Darkrooms for more than 30 years. He received a Light Work grant, had his work included in several exhibitions, and served on Light Work’s board of directors for nearly a decade.

“The thing I admired and envied most about Stephen was his unbridled enthusiasm to make the world a better place by encouraging people to tap the creative voice within, that keeps us all connected yet makes us all unique,” says Jeff Hoone, executive director of CMAC, who nominated Mahan for the award. “Photography was the magic that connected Stephen to so many people.”

The roots of the PAL Project were planted when Mahan began helping his wife, Mary Lynn, teach better literacy skills through photography to her students at Ed Smith School. “Those first magnetic steps that connected Stephen to youngsters through photography and literacy was the start of a journey that defined and enriched a good portion of the rest of his life’s work,” Hoone says.

Those first classes grew into an exceptional learning environment fostered by the transmedia department and VPA faculty member Doug Dubois. Students shared and celebrated differences while discovering their common potential through photography, writing, music and more. “Stephen brought a level of dedication and passion to running the program that is only found in the soul of true believers who know there is potential to make the world a better place by reaching out to others with a common measure of respect and a common purpose of renewal,” Hoone says. 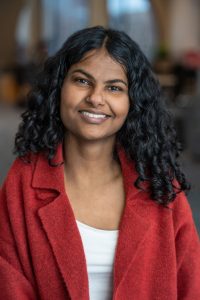 As a first-year student on the Syracuse University campus, Priya Penner two years ago quickly became a strong advocate for all students with marginalized identities. And she hasn’t stopped.

“Priya consistently works hard here at the University to recruit students to the Disability Student Union,” says Kate Pollack, DCC coordinator. “She is able to get people to sign up and join in. She is just a natural at it, and a lot of people want to become involved because of Priya.”

She has been associated with ADAPT, a disability rights organization, since she was 15. At SU, Penner organized an annual Disability Day of Mourning, a vigil and ceremony to honor and remember people with disabilities who were murdered by their families or caretakers. She has been involved with many other activities and educational programs aimed at raising awareness about and striving for disability justice.

Diane Wiener, research professor and associate director of interdisciplinary programs and outreach at the Burton Blatt Institute, and former director of the DCC, says Penner is an ally in an array of different spaces on campus.

“As a feminist and young woman who self-identifies as disabled, as queer and as a person of color who was a transnational adoptee, Priya embodies, literally and figuratively, all of the different ways that we think of Dr. King’s legacy in relation to what is now oftentimes referred to as intersectional social justice, because she moves through the world and imagines the possibilities it has to actually be inclusive and accessible to all different people who move through that world ourselves,” Wiener says.

Both Pollack and Wiener say that Penner’s personality instantly puts others at ease. “When I specifically reflect on Dr. King’s devotion to youth and young adults and wanting to bring people up through the movement in various ways, I think Priya has what I would call noncondescending awareness of her own power, with humility,” Wiener says. “In many respects, her valuation of Dr. King’s legacy is so innate in her, and is something she has cultivated so deeply, it’s hard to describe.

“She is one of the people I think of when I imagine having hope for the future,” says Wiener. 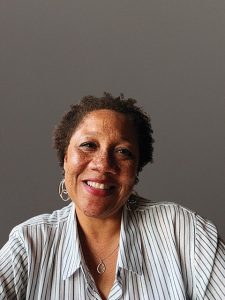 Marissa Saunders is director of community engagement for Syracuse and Rochester and justice strategies associate at the Center for Community Alternatives (CCA). “Marissa says, ‘this is HEART work.’ No one embodies this better than her. Few have the heart for this work as she does,” says her CCA colleague Kelly Gonzalez.

In her role, Saunders has had a transformative impact on her colleagues, the families and individuals she serves, and the Syracuse community at large. At CCA, she developed the Transition Coach Program, an innovative program that serves young people returning to mainstream school after long-term suspension, juvenile detention/placement or incarceration.

In the community, she founded and facilitates Nurturing Individuals Abilities (NIA) Ministries, a woman’s empowerment and transitional support program and curriculum for incarcerated women and formerly incarcerated individuals in Onondaga County. She helps people who have survived trauma to find their strength, their resilience, their voice and their capacity to be their own hero. Her mantra, “Be the person you needed or had during the darkest times in your life,” is what fuels her passion to do the “heart” work with the dedication and effectiveness she brings to the table.

Saunders consistently champions the underrepresented and underserved. In an agency with diverse direct-service programs and multiple advocacy projects, she raised attention to the needs of young women in the community who are victims of sex trafficking and exploitation. As someone who sees the need and her community as global, Saunders has brought her work to women and young girls engaged in domestic and sexual abuse in Jamaica and Uganda. And this year she is expanding her efforts to parts of Kenya, with the future goal of working in Ghana as well.

Saunders’ impact in combatting racism and fighting for equity is also evident in the cultural competency curriculum “Planting a Tree of Diversity” she developed and currently uses for the Gifford Foundation’s Nourishing Tomorrow’s Leaders Training.

“As someone who brings her own rich lived experience to every aspect of the work, she can see herself in the struggles of our clients—those who struggle to escape abuse, to maintain safe shelter, to rise out of desperation,” Gonzalez says. “Marissa shines as an example of what cannot be taught in a textbook. She demonstrates what must be learned by having an open heart, a curious mind, a spiritual compass and a resilient determination that we will, together, bend the arc towards justice, one small act of courage at a time.”