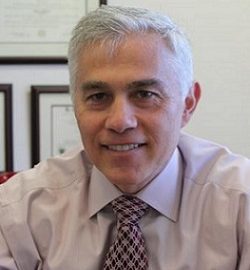 “ The Syracuse/Onondaga County NAACP outlines their case for opposing current Onondaga County, Comptroller Robert Antonacci, as the U.S. Attorney for the Northern District of New York.

On behalf of the members of the Syracuse/Onondaga County Chapter of the NAACP, I write to
express our deep concern regarding the potential appointment of Onondaga County Comptroller Robert Antonacci as the next U.S. Attorney for the Northern District of New York.

As you may know, on October 7,2015 a lawsuit was filed in federal court against Comptroller
Robert Antonacci by several minority contractors for alleged discrimination and violation of
their civil rights. The allegations include intimidation, abusing the power of his office and the
deliberate delay of payment causing serious financial harm to the contractors.

The allegations against Comptroller Robert Antonacci are serious, troublesome and plentiful.

They have already had a paralyzing effect on the great strides that have been made to support and diversify the workforce doing business in and with Onondaga County. Should these allegations prove to be true, they will have further detrimental and permanent effect on the economic progress made by the minority community. In a city experiencing some of our nation’s worst levels of poverty, segregation and joblessness, this will surely only exacerbate the problems. “

The letter goes on the detail the concerns Syracuse/Onondaga County NAACP has regarding Mr.  Robert Antonacci. His potential appointment as the U.S. Attorney for the Northern District of New York raises questions that need to be addressed, at this point the organization is urging representatives to pass on the Antonacci nomination.

Please use the following links for a copy of letters sent to Senator Kirsten Gillibrand, Congressman John Katko, NYS Senator John DeFrancisco, and others.