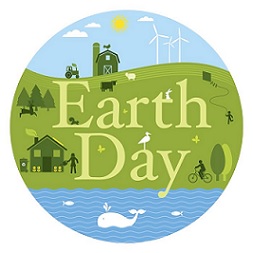 April 22, 1970 was a special day for our neighborhood. Suddenly, from Syracuse University scores of students gathered at the corner of Madison Street and South Crouse Ave. It was a vacant lot and the students started to dig through weeds and cleared the entire lot of debris.  As the day progressed, so did work on the once vacant lot.

Small trees were planted and at the center of it all was a pond. They assembled rocks into a formation as they dug out the base. Soon a pond began to emerge, as the rocks settled water was added, filling the pond making this vacant lot a pop-up city park. It was called the “People’s Park” and at the age of 13, I was witnessing a change in American political engagement, the environmental movement was born.

I witnessed many things while living on Harrison Street; I could view the Syracuse University, Chancellor’s Mansion from our front porch. Countless candle light processions from campus to the Onondaga County War Memorial, in protest of the Vietnam War.  Growing up in a university neighborhood, living on Harrison Street during the tumultuous 1960’s and 70’s was a rolling American civics lesson.

As I delivered newspapers, I remember stopping at the last house on my route and the CBS Evening News was on showing scenes from a Civil Rights protest, similar to events that unfolded in 1965 on the Edmond Pettis Bridge, where Black protestors were fire hosed and attacked by police canine units.  The students immediately grabbed their newspaper from my hand and blocked the TV screen and said, “You don’t need to see any of this.”  I lived two doors down; I ran home and caught the rest of the news.

I was a boy in the Syracuse University bubble, isolated from the community decimated by Urban Renewal. Our house was two blocks from where the city mandated destruction ended. But it gave me a front seat to some of the most chaotic and festive times in American History.

What a year! It was 1970 change was occurring as we witnessed mounting protests against the Vietnam War, the African-American Football Players strike against Syracuse University, where 8 Black players were suspended for boycotting spring practice and the birth of Earth Day.

The groups of student volunteers transformed a vacant lot into a park complete with a pond and trees. At the age of 13 you think, “This is going to last forever.”

However, the park was short lived. Not too long after our little park was built the entire block was bulldozed to make way for the coming changes.  Today, you wouldn’t recognize the area; it’s now the Parking lot for McCarthy Manor. Most of what we grew up seeing is now completely gone, the neighborhood, its houses, the people, and the relationships, all bulldozed.