How are these proposals being put together? Who’s going to be on the ground implementing these new initiatives and Facilitating Collaborative efforts?  Those who have worked behind the scenes are CenterState CEO’s Community Engagement and Empowerment Team; Dominic Robinson,  Vice President – Economic Inclusion; Juhanna Rogers – Director of Community Engagement and Empowerment; Calvin Corriders – Neighborhood Economic Development Manager

Being vested in the future development of the area, looking at their efforts to bring resources to Syracuse, CenterState CEO Said,” Let us jump in and be part of the strategy partnership with the city to bring new partners on.”

According to Dominic Robinson,  CenterState CEO Vice President – Economic Inclusion,  “In early Fall of 2018, the city was beginning to create a framework through the purchase of its streetlights create a framework around the Syracuse Surge initiatives, which was a series of planned technology infrastructure investments, which everyone, including a lot of businesses believed  would lead to a lot of business growth. To the city’s credit they were being proactive, thinking about what does inclusion look like and specifically, how do we bring local talent into those opportunities. That’s where the city, in its initial framing of Syracuse Surge, proposed the concept of the Southside Campus for a New Economy. That was comprised of an expanded SUNY EOC with expanded technical capability renovated Central Tech with a STEAM School and an expanded Tech Garden.

Deputy Mayor Sharon Owens said, “That is a sweet spot for a city like Syracuse; usually we are competing with these metropolis cities. JPMorgan Chase is looking to implement this program in a mid-size city. And for me, I think that they can see that can have impact in a smaller city. There are more of us than them, we represent America.”

Owens continues, “The one thing about this opportunity from JPMorgan Chase is that, it’s not money for a training program.  What is special and a blessing about this, is it is money they’re giving us for planning and development, for developing a road map, to get people to that car. Our problem is that we have gaps that there are no bridges to. This grant will help us figure out how to create those bridges that transcends across who the next mayor or the next county executive is. “

Those in the room were clearly elated with this award which gives Syracuse seed money to provide planning activities that are difficult to get funding for. Clearly a collaborative environment involving multiple layers of government has swept Syracuse since the election of Ben Walsh as Mayor. The change in atmosphere has not gone unnoticed.

As Juhanna Rogers – Director of Community Engagement and Empowerment reflects on the final interview, “When they saw the team of folks sitting around the table, our ability to get the leaders in our community, to come together and talk and speak to our ability to collaborate and work together. They saw our focus on collaboration around an issue like creating on ramps for vulnerable or historically marginalized populations, was noticed. The looks on their faces by the end of that hour, was like, ‘this is fantastic’ and we walked out of that room, we didn’t know what was going to happen, but we know we impressed the hell out of them.”

The impact of this JPMC Advancing Cities Challenge cannot be understated, this is big and will allow the city to leverage the collaborative efforts launched a year after Syracuse residents were asked to walk on faith, rise above and vote for an Independent as their young Mayor. Those who put together this successful proposal are no longer rising above, they’re levitating, on the news that Syracuse’s efforts are beginning to pay off in a big way.

“The legacy of the last 60 years isn’t pretty, but you also feel like; If you disrupt the current reality enough, things could change pretty quickly and that’s something, that’s pretty exciting we’ve already seen it in some of our work, now can we take it to a higher level. “- Dominic Robinson 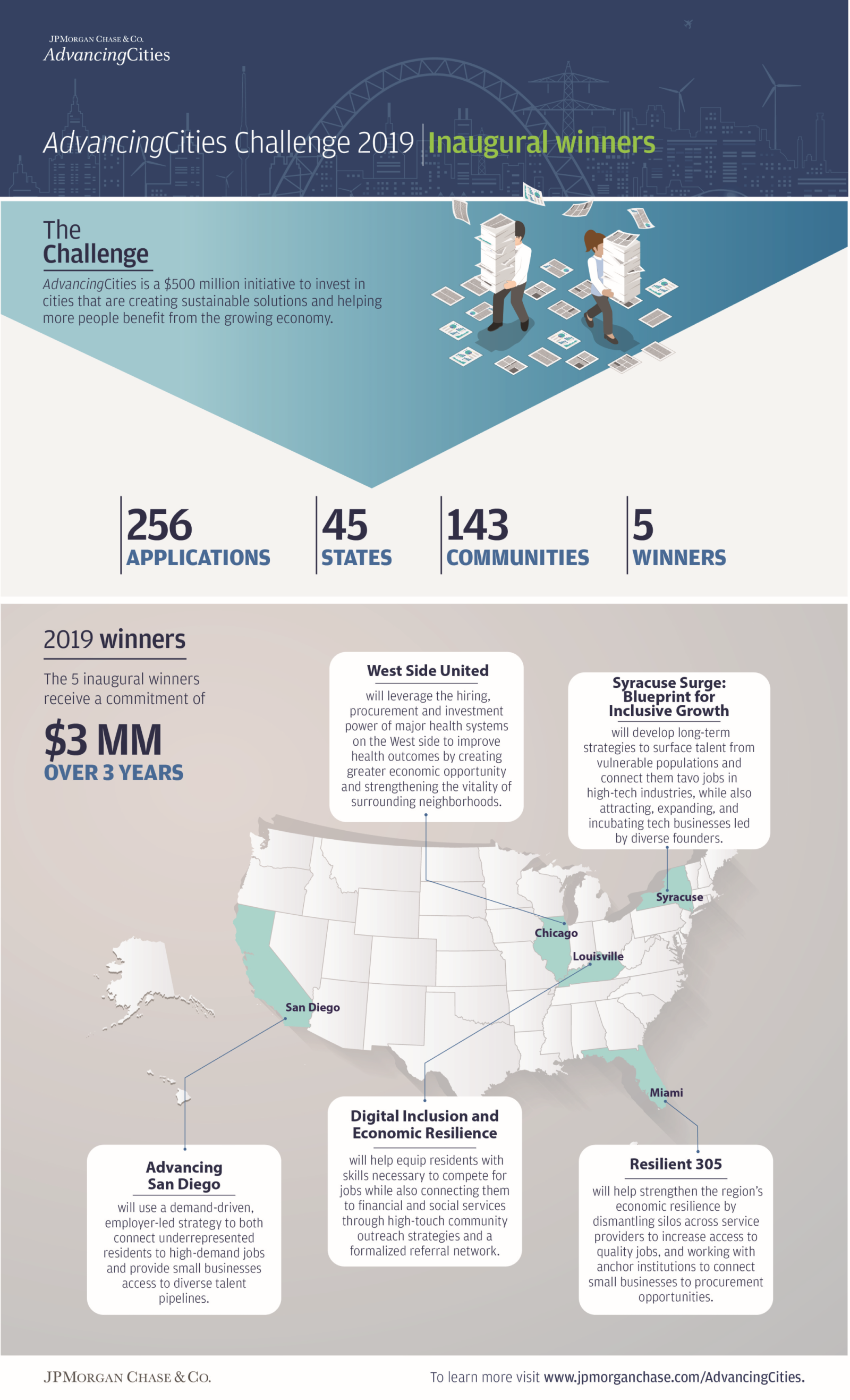