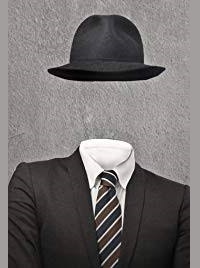 Observing the political landscape in Syracuse and Onondaga County, it’s safe to assume that there’s been a change in direction regarding who’s in charge of running our day-to-day government, based on most accounts our community’s latest attempt at embracing diversity has been positive.  During Mayor Miner’s 8 year administration, we saw young women enter city government at an unprecedented number. Followed by the Walsh administration, that by all accounts has shattered the previous attempts at inclusion and diversity. We’ve seen young African Americans employed at every level of government which is a good sign of progress towards an inclusive government.

It’s encouraging to see the young energy that’s driving Syracuse’s leap forward; however there’s a generation that has been skipped over. These are the Syracuse natives and Syracuse raised; these are many who have either grownup in Syracuse, or were born here.  Little known fact, but many African Americans have had to relocate in order to find sufficient professional employment.

Our local government officials haven’t noticed native residents, Syracuse’s native born African-American’s in any substantial way. There are some who’ve taken on volunteer roles in the Walsh Administration, but in any substantive role we’re missing and inactive.

This isn’t being stated in a vacuum, as an opinion columnist, I’m peppered by questions, doubt and suspicion regarding the current administrations objectives. To list the number of older African Americans who don’t feel included would surely resemble a pre-registration event for AARP, but to correct and paraphrase a racist describing our “more mature” Black men as antiques, we’re not “Antique Factory Equipment”.  Today, your best chance at an opportunity in Syracuse is to be black, young and from somewhere else.

We wonder why our children don’t value education as much as other ethnic groups do. Perhaps it’s because within other communities, people watch their peers involved in civic discourse; totally represented in the fabric of our representative democracy. For an African-American Syracuse Native, being born here can be a blessing and a curse. Surrounded by the highest institutions of learning in the country, but statistically remain stuck on the lowest rung of the socio-economic ladder. Excluding older African-Americans robs the community of the institutional memory that is lost when people unfamiliar with local history attempt to re-invent the wheel.  And more times than not, it’s the same wheel with new hubcaps.

You can’t wax nostalgic about an imaginary Wakanda, Black Lives Matters, faux progressivism and a “Community Grid” while dissing the knowledge that came before.  “Those who cannot remember the past are condemned to repeat it.” (George Santayana-1905).