It’s a Party, leave the electioneering at the door and help us celebrate the Media Unit’s Campaign to open a dialog on race for youth in Central New York.

The gala celebrates the success of the Media Unit’s 35th season of performance and production for Central New York teens, including a summer tour reprise of the national award winning From the Back of the Bus. 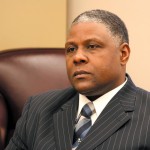 Police Chief Frank Fowler, Syracuse Stage, Centro, and InterFaith Works facilitator Derrick Dorsey, a Media Unit alum, will receive awards for contributions to the tour. Channel 9’s Carrie Lazarus will be cited for her work in support of talented teens.

The season included a four performance run of Why Bully at the Great New York State Fair, an award for “Excellence in Devised Theater for Original Writing” at the Michael Harms Theater Festival and dance extravaganzas at the Westcott Cultural Festival and the Arts and Crafts Festival. 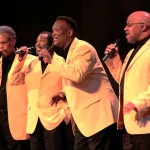