“A luta continua” aka the struggle continues

The 2018 Congressional Elections taught us the value of having the right to vote, especially in southern states where an energized electorate almost elected and African American to lead statehouses in both Florida and Georgia. That same voter participation produced a blue wave, with a left hook, that swept 40 Democrats into office once again Nancy Pelosi capturing the leaders’ gavel. Power of having control of the House of Representatives is an important tool in the battle for civil rights, human rights and basic American rights.

We watched as people mobilized by their local leadership. Women and people of color became major factors as we elected more women and minorities than ever for the 116th Congress. 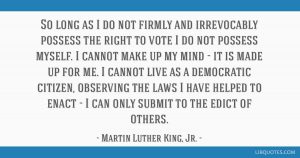 The result was a large nation-wide, non-violent protest that was shown on the news, as African-Americans and others stood in long lines despite being targeted by new voter suppression legislation. There were no signs, no real identifiable leader, but a reminder of what African-Americans have learned from our collective experience in “overcoming” obstacles historically placed in our way. This is what King envisioned when he proclaimed “African-Americans will be a deciding factor in future elections”.

The approach to use non-violence was often criticized and difficult, given conditions at the time, imagine being non-violent when someone’s beating you in the head with a baton or being bitten by a dog at the command of Jim Crow Era law enforcement.

It took courage and required intense training to keep people focused on the goal of freedom, overturning decades of laws and state sponsored terror against African-American people. The church was the center of the movement, training participants on what to do and not do. Presentation of the arguments, educating the public as to why non-violence was an important method to achieve basic human rights not extended to include African-Americans. We embraced non-violence as people flocked to the polls energized by the republican/conservative efforts to deny hundreds of thousands the right to vote.

As we learned in the 1970’s A luta continua aka the struggle continues. 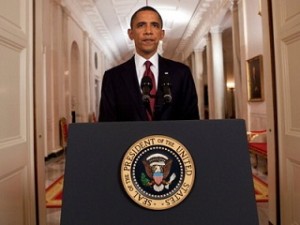 The African-American community has endured through struggle and poverty and racism, 50 years after the death of Dr. King America elected an African American President. Unfortunately, after 8 years President Barack Obama was replaced by Donald J. Trump, a man who offered public disdain for Mr. Obama questioning his grades, his nation of birth and his intelligence. Two years after his departure, memories of the Obama Presidency appear as a respite, in the midst of an ongoing American nightmare.

It can be argued that the methods of the past were not as successful as we’d like to believe. Therefore, in honor of Dr. King Day review; The Six Principles of Nonviolence, The Six Steps of Nonviolence and the many words spoken by Dr. King. The Civil Rights Movement was a planned operation; it took the sacrifice of all races and ethnic backgrounds to move this nation closer to its founding documents. 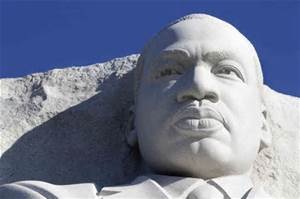 Also, we must recall that historic preference has been given to his 1963, I Have a Dream Speech, however I Have A dream was  August 28th 1963, history has selective amnesia regarding the years 1964-68, when Dr. King expanded his campaign to include a more diverse inclusive following: he spoke out against the Vietnam War, poverty and the cost of war.

To think in 2018, to finally have a federal law outlawing lynching! To think that in 2018, we’d be debating racial hatred and bigotry and its definitions.  The following principles and steps utilized by the civil rights movement are timeless and applicable at any time a situation is faced where, our rights become jeopardized.

Principle One: Kingian Nonviolence is Not for Cowards.

Nonviolence has a complete disrespect for violence. It will not adopt violent tactics to reach its goal and will avoid violence in resolving conflicts and problems. Dr. King stressed the importance of resisting violence in any form. He preferred and recommended nonviolence because it represented a more humane, noble and honorable method in the path to justice. Nonviolence is affirmatively standing not only against what is wrong but also for what is right and just.

Principle Two: The Beloved Community is a World of Peace with Justice.

The Beloved Community is a framework for developing a future in which one can deal effectively with unjust conditions. The “Ends and Means” is dealt with by this principle. You cannot achieve just ends by unjust means; you cannot use violent means to achieve peaceful ends.

Principle Four: Accept Suffering Without Retaliation for the Sake of the Cause to Achieve a Goal.

Suffering is not to be confused with further harm to one’s self or “self-victimization.” Acceptance of harsh and unmerited punishment for a just cause helps the individual and the community grow in spiritual and humanitarian dimensions. Willingness to endure hardship for a clearly defined just cause can have an impact on those committing acts of violence as well as on the larger community.

Our attitudes and commitment to practicing nonviolence, when faced with violence or issues are communicated through our actions, which in turn are determined by our attitudes. Body language as well as verbal expression communicates our real feelings and thoughts about a particular situation. Internal conflicts and violent feelings color these expressions.

Principle Six: The Universe is on the Side of Justice.

Society is oriented to a just sense of order in the universe. Nonviolence is in tune with this concept, and the movement must strike this chord in society. Every person is opposed to wrong and unjust behavior in a particular situation. Given our understanding of the problem, we must never lose hope that human beings, even our opponents, are able to respond.

The Six Steps of Nonviolence

Information gathering is not simply a fact-finding process, but must relate to a specific context, people and place. Dr. King believed in listening and respecting the opinions of other people, whether they were poor people, uneducated or of a different color.

Nonviolence uses all available communications and media to educate the public about the issue or injustice at hand. Education can mean helping people to realize their ability to effect change and to act on solving major social problems. Like holding a mirror up to the community, nonviolent approaches to education reveal the unique situation and reflect the need for a better and just image.

Self-examination of all the ways that one may have helped to perpetuate a problem or unjust situation or where one has failed to use the nonviolent approach. Developing spiritual and intellectual habits fosters nonviolence by dealing with one’s own emotions or lack of understanding the truth.

This step has two meanings. The first is to take responsibility for doing something about the situation and not waiting for someone else to do it. The second is to take direct action when all attempts at education, personal commitment, and negotiation have failed to resolve the problem, and more dramatic measures are necessary.

The goal of nonviolence is a reconciled world so that we can move forward together to tackle the larger issues we confront as a community. This step grows naturally out of Dr. King’s belief that we focus not on persons but on conditions and if the issues remain clear throughout the process, reconciliation will facilitate the feeling of joint accomplishment and enhance acceptance of the change.

Principles are from the MLK Institute

Quotes from Dr. Martin Luther King, Jr., many would want us to focus on the 1963, I Have A dream speech while ignoring the most politically dangerous stances taken by Dr. King as the Civil Rights Movement began to take on topics such as the Vietnam War and income disparity.