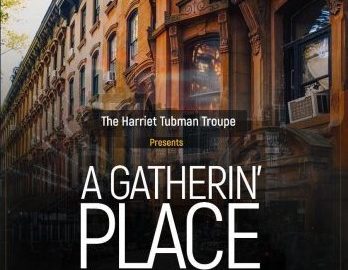 The Tubman Troupe was formed at APT after a series of well-received performances of Ntozake Shange’s “For Colored Girls Who Have Considered Suicide/When the Rainbow is Enuf” during the 2017-18 theater season. The Tubman Troupe is a performing arts group for women of color to celebrate all of who they are through performance. Auburn Public Theater received a grant from the Women’s Fund of Central New York in support of this two-city tour to present “A Gatherin’ Place” at both SALTSpace and APT. All performances will include question & answer session afterwards with the cast and director. 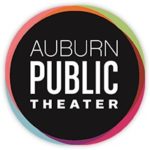 “A Gatherin’ Place” tells the fictionalized story of Gathering Street and Ms. Paulette, inspired by real life events in the lives of the actors and also the life and impact of Ntozake Shange. In a brownstone on Gathering Street, Ms. Paulette, a longtime resident, provides the other Black female residents a listening ear. When Ms. Paulette passes, these women realize that there was something they did not know about their mysterious neighbor. Come to “A Gatherin’ Place” and see how Ms. Paulette helped these women navigate motherhood, career decisions, love, and self-worth. 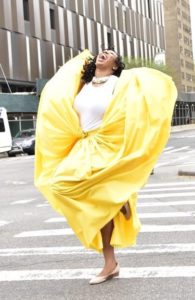 Director Juhanna Rogers, PhD. is a motivational speaker, commentator, artist, and education activist currently residing in Central New York. She is the creator and host of “Behind The Woman” a web series that shares personal stories from diverse women leaders to empower women to pursue their dreams. “Behind The Woman” was recently picked up for TV by WCNY.

Dr. Rogers earned a Bachelor’s Degree in Integrative Arts from Penn State University – Altoona. While at Penn State, she wrote, directed, and produced artistic performances that celebrated Black history and culture. Her work earned her Central Pennsylvania NAACP Woman of the Year at the age of 20. Dr. Rogers went on to earn a Master’s Degree in Higher Education and Student Affairs from Indiana University and a doctorate in higher education. Dr. Rogers has traveled the world exploring ways through which underrepresented populations, specifically people of African descent, can improve their lives and communities. She has become passionate about bringing narratives of the women she has met along the way to students in urban communities, and use these stories as tools for empowerment. Juhanna and seven other colleagues made history at Indiana University by being the largest group of Black women to graduate with PhDs simultaneously in the IU School of Education. The group of women gained national attention as The Great8 and were selected as honorees for the 2016 Ebony Magazine’s Power 100 list.