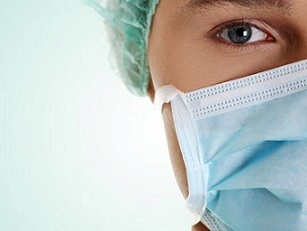 Syracuse, N.Y. — There are fewer cases of flu so far this flu season in New York state than at this point last flu season, according to a review of health tracking data by Excellus BlueCross BlueShield. As of January 12, the Department of Health confirmed 16,029 cases of flu, 1,333 fewer cases than last season.

“That’s good news, and evidence that this year’s flu vaccine is hitting the bull’s-eye,” said LouAnne Giangreco, M.D., vice president and chief medical officer, Excellus BlueCross BlueShield. “The dominant flu strain this year, so far, is type A H1N1, which is among the strains included in this season’s vaccine.”

The bad news, according to Giangreco, is that only about one in three upstate New York adults gets the flu vaccine. She stresses the social responsibility of being vaccinated. “Someone carrying the flu virus can spread it to unsuspecting people up to about 6 feet away, mainly by expelling microscopic droplets into the air when talking, coughing or sneezing.” 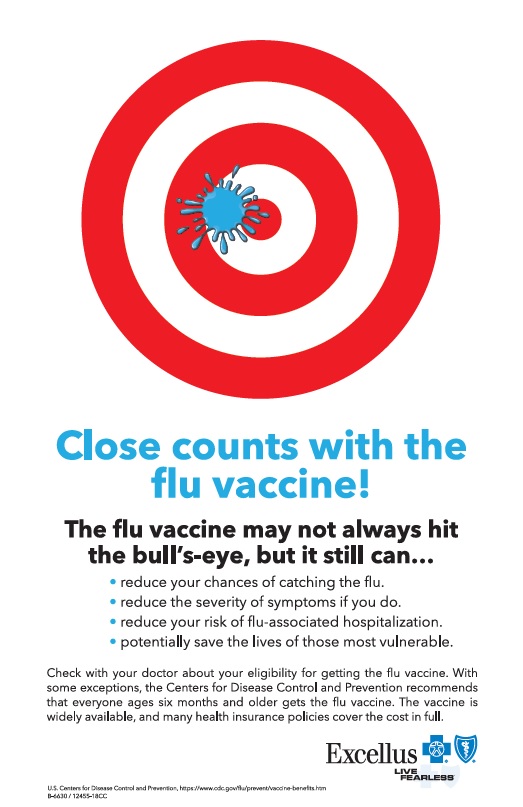 For young children, the elderly, and people with compromised immune systems, the flu virus can be deadly, and it isn’t always obvious who is vulnerable. Last year’s flu, and complications from flu, killed 80,000 people — the highest U.S. influenza death toll in 40 years, according to the U.S. Centers for Disease Control and Prevention.

The CDC tracks the spread of flu nationwide. In its January 11 flu season update, the agency estimates that 6 million to 7 million people have been sick with flu so far during the 2018-2019 flu season. Up to half of those people have sought medical care for their illness, and 69,000 to 84,000 people have been hospitalized from flu.

People who are very sick with flu, or people who are at high risk of serious flu complications when they develop flu symptoms, should see their doctor early in their illness for possible treatment with a flu antiviral drug. If that’s not possible, a telemedicine visit with the patient’s own doctor or with a telemedicine provider is an option.

“Nobody feels like leaving the house when they’re sick with flu,” said Giangreco. “Telemedicine allows a patient to see a qualified physician from the comfort of his/her home by using a telephone, smartphone, computer or tablet. Telemedicine providers can write prescriptions and send them to the patient’s preferred pharmacy.”

It’s never too late in the flu season to get the vaccine. Studies support its effectiveness in preventing flu, and in reducing the severity of illness in people who get vaccinated but still get sick. The CDC recommends, with few exceptions, that everyone ages six months and older gets vaccinated.

Link to view an animation about the advantages of a telemedicine visit when you have the flu:  https://www.youtube.com/watch?v=vRhpz5hcjmw&t=2s