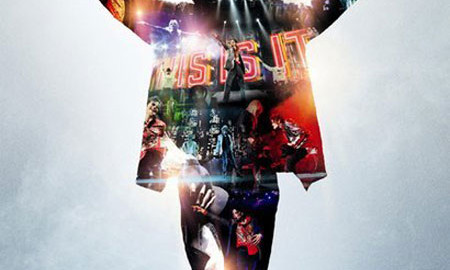 During the last decade of his life Michael Jackson had become a caricature of his former self. Seen as a freak, the man-child whose best performances were behind him, the King of Pop had lost his fizz.

Upon hearing of his death while in the middle of rehearsals for his larger than life “This is It” series of concerts in London the world was stunned and saddened by the fact that another pop icon was gone forever.

But for almost two hours he was back, Michael Jackson’s “This is It” a series of filmed rehearsals in preparation for the live comeback that never was reminded people of what made him the King of Pop in the first place.

A perfectionist, Jackson’s hands on fastidious direction of dancers, musicians and his crew was a sight to behold, awe inspiring talent on display. His genius in performance, movement and dance where other performers are directed, Jackson himself directed intuitively- he knew exactly what he wanted in sound, sight and showmanship.

A riveting rendition of “They don’t really care about us” where several dancers were transformed into an army of synchronized perfection. Michael was clearly the star but the glimpse we had into the concert was unprecedented and historic being that it’s the show that never was. But if his concert had been realized the headlines would have been “The King of Pop returns to his throne”.

His extended “Billie Jean” dance sequence, “Smooth Criminal” fused with black and white vintage gangster footage, the re-imagined “Thriller” were just samples since “This is It” is nothing more than rehearsal footage. I can imagine what the concert would have been like if Michael Jackson had lived.

When most 50 year olds are struggling to keep up with grandchildren or even pets Jackson’s dance moves were crisp as they were 20 years ago, his voice in superb condition and creativity oozed from his various costumes as the film transitioned from one rehearsal to another seamlessly displaying the creative process of mounting a show of this magnitude.

For any fan of music and pop culture Jackson’s style was like watching someone channeling the best of James Brown’s dance moves and Diana Ross’s open-armed-tresses-tossed back diva. Mix in decades of stylized performance and learning by watching the best in entertainment from Motown and beyond.

Michael Jackson’s “This is it” will become one of the most watched music performance movies of our lifetime because it reminds us of what was and what could have been.