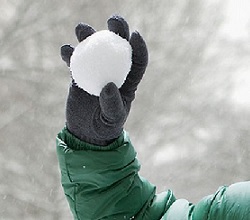 It didn’t take long for political snowballs to start flying in one of the snowiest cities in America. After being banned for decades, sanctioned snow sledding has returned to Syracuse, New York. For those of us who grew up in this city yes, it’s a big deal. And yet Community Activist and Common Council Green Party Candidate Frank Cetera blasted the snow sledding event held at Burnet Park on Saturday March 3rd by stating, “They Mayor’s great public relations event yesterday must be immediately followed up with a plan for implementing sidewalk municiplization before another summer comes and goes with this off the radar.”

What do you think the mayor and his team have been working on? Plans have been floated; decisions have yet to be made, including cost factors. Syracuse is a city where $200 per year added expense could place someone on a fixed income out of their home.

This is not the first year we’ve had a snow issue. However, it’s the first time in recent history that a mayor has set his team to aggressively find solutions for an issue that impacts a city that spans 25 square miles.

First and foremost before spending money, we must seek solutions that don’t negatively impact an already fragile housing stock and a budget that’s “structurally” 15 million dollars underwater. The Innovation Team has announced that we have massive relocation of renters that occurs, as 25% of the city relocates annually and in some neighborhoods that number skyrockets. These numbers effect landlords inability to keep longtime tenants, which leads to more vacancies and relocations.

There are solutions that could include putting people to work in these local neighborhoods we claim to care about, in charge of both snow removal and general community cleanup efforts. However, these initiatives don’t materialize overnight.  A solution well thought out with community vetting is consistent with a participatory democracy, therefore in governing, nothing happens “immediately”.

For eight years under Mayor Stephanie A. Miner’s Administration, you could hear crickets chirping if you bought up seriously attacking our snow removal issues. We have new administration, not in office long enough to grow a hothouse tomato and yet, some are expecting answers to rise up as if governing a broke city is as easy as making a hot bowl of Ramen Noodles.

For those who didn’t grow up in Syracuse, sledding was a way of life. Sledding is what we did after a fresh snowstorm. This was before we were frightened by the Weather Channel into rushing to the grocery store to by bread, milk and eggs. We’d take anything we could find and climb Thornden Park Hill and play for hours, up and down we’d go on one of the steepest hills in the city. It wasn’t just neighborhood kids, Syracuse University students would join in with food trays from Kimmel dining hall, across the street from the park.

Returning a winter tradition in Syracuse was an exercise in fulfilling a promise made while running for office. It costs nothing to play in the snow and back in those days if you didn’t have a sled that was fine, an old Kenmore appliance box often provided hours of fun.

Decisions that are hastily made usually have unintended consequences. Any effort to create another layer of government could be a disaster in the making. At least give the Walsh Administration more than 90 days to address a challenge that has been with us for over 99 years.

At its zenith Syracuse accommodated over 200,000 people. Back then, in 1960 every nook and cranny of this city was occupied, therefore it was easier to maintain a system of the property owner keeping their sidewalks clear of snow. The demographics have changed dramatically since then, however our stewardship of the issue has remained the same. The Walsh Administration has made it clear that they’re working on the issue of snow removal from sidewalks; anyone saying otherwise is just creating yellow snow and throwing snowballs.