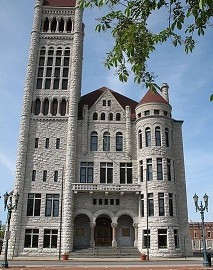 It was as if we were on a different tier, and perhaps we were, they were the educated and we were simply, “Townies” it hasn’t changed.

As I complete 30 years publishing news and information, it’s become a time of reflection, a time for looking back recalling my earliest years growing up on Harrison Street.  My childhood home straddled the boarder of Urban renewal as the destruction stopped at the corner of my block. As residents moved away, my interactions became mostly with college students. I soon found out that there was another name I had to get used to, “Townie”.

Townies are how students referred to the locals. It was as if we were on a different tier, and perhaps we were, they were the educated and we were simply, “Townies”.

As I reach my 6th decade in Syracuse the more things change, the more they stay the same. Local Black people are merely townies, and we perform only ancillary meaningless functions. As I watch the breakneck pace at which the city of Syracuse is changing, I can’t help but to be reminded of that old term again. I’ll say it, “Townies” that’s what we are.

As generation, after generations have come of age in Syracuse, the African American college graduate has had to leave since; “Townies” don’t get local jobs. Countless African American teachers and prospective administrators can’t even get an interview with the Syracuse City School District. And yet, they’re being snatched up by suburban schools and districts in the region, they’re becoming standouts. All they wanted was to work in their home town. We don’t include these talented individuals when hiring for SCSD. We have few African American male Administrators and Teachers because, that’s the System in Syracuse. Will electing one more African American to the Board of Education change anything, I think not.

Even as we diversify city government, I respect and understand the fact that young people must be included in our government. Again key demographic groups aren’t included. Perhaps institutional memory is not a valuable asset, in a community that makes the same mistakes over and over again.

And yet, our community activists and African-American appointees are playing the role of Judas Goats, leading the African American Community to cultural slaughter, and outright removal.  Our struggles and talents aren’t utilized and we’re expected to follow some stranger. We have no cognitive African-American leadership structure in Syracuse; it’s a free for all, everyone for themselves.  Don’t believe me? Follow the money.

As money is being allocated, our various leaders are lining up to the sugar-teat of funding, regardless of the long term impact to the community. They’re leading the parade, not disclosing the fact that they’ve already decided what they’re going to do, and this is simply window dressing.  I’m at a point where I can simply say, “I don’t believe you, and I don’t care how many colored people call me on behalf of the project, it’s not going to make a difference.”

Others, get local jobs, many of these jobs are to interact with the African American Community. If you were born and raised in Syracuse, left to receive a college education and returned and are over 50; you know this scenario all too well. You have been “Townied” dismissed as an ancillary part of the whole.

Over the last 30 years, every development project that impacts the African American community is administered by someone who’s not known to the community. And when that person is known to the community, chances are that they’ve been bought-off for whatever their agency or personal buddies will receive.

Black Syracusans are treated like Townies…less than, here to provide ancillary support. Our poverty is a vestibule through which state and federal funds flow.

Now, we’re about to invest billions in the area, suddenly poverty has become an issue. And yet, those funds to attack our problem of concentrated poverty aren’t working.

As an African American community, we’ve been hoisted up on a stripper pole to perform, and the dollars aren’t even staying in our own G-string.