CBO goes on to forecast that under this plan, 24 million additional people would be without insurance by 2026

Medicare is not safe; Trump wants to create a Voucher based program

Before the ink dried on the final version of the Trump Administration’s efforts to “repeal ObamaCare”, the gasps began. This can’t be the healthcare reform people voted for. In countless interviews, candidate Trump assured Americans that his replacement for the ACA would cover everybody.   Upon initial review of the replacement for the Affordable Care Act will result in 14 million losing health insurance. The Congressional Budget Office (CBO) has predicted that 14 million would lose their health insurance, next year. The CBO goes on to forecast that under this plan, 24 million additional people would be without insurance by 2026. That’s 52 million people without health insurance. Full text: GOP plan to repeal and replace Obamacare

Killing Medicaid as We Know It

Medicaid would be cut by 25% that amounts to $880 billion in cuts. This is the government’s main health insurance program providing benefits to the impoverished.  Trump would, “Block Grant” Medicaid leaving it up to the states to provide health care for the poor through their allotment.

According to the Committee for a Responsible Federal Budget,” about 27 million Americans will lack health insurance coverage in 2018. Repealing Obamacare would increase that number by 22 million, whereas Mr. Trump’s replacement plan would only increase coverage by 1.1 million. In other words, the plan would increase the number of uninsured individuals by about 21 million and only cover about 5 percent of individuals that would lose coverage from Obamacare repeal.” 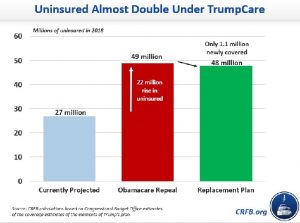 Trump’s plan includes removing state barriers that prevent the sale of health insurance across state lines and making individuals’ health insurance premium payments fully tax deductible. Allowing competition would, in their theory lower costs. President Trump also proposes making insurance payments tax deductible, which is of great benefit to wealthier Americans. The cost for allowing the deductibility of Insurance expenses would be offset, by the reduction in the federal governments’ provision of health care services covering the poor. These programs are responsible for stabilizing the fiscal health of the nation’s elderly since July 30, 1965, when President Lyndon B. Johnson signed into law the bill that led to Medicare and Medicaid. Prior to Medicare’s’ enactment it was extremely difficult to obtain private health Insurance for people over 65. These health insurance programs have kept millions of older Americans out of poverty.

Medicare is not safe

Another program on the chopping block is Medicare, the system’s trust fund is fully funded through 2029 and 79% funded through 2040. Despite candidate Trump’s assertion that, “I am going to protect and save your Social Security and your Medicare. You made a deal a long time ago,” The new plan being floated would replace Medicare’s 80% payments to cover doctor visits and hospital bills with vouchers. The seniors will be forced into the marketplace where the voucher may not cover the cost of the insurance. The cost of insurance would escalate for older Americans at a time when they cannot afford the increase, with many living on a fixed income. 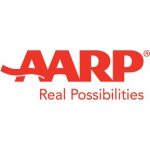 According to Eric J. Schneidewind, AARP’s President and a member of the AARP Board of Directors said,” In an effort to make their plans to diminish Medicare seem more palatable, and be able to say that ‘no current Medicare beneficiaries will be affected,’ the timeline for the proposed cuts is said to be pushed out a few years. But that fails to explain that when these new changes do kick in, current beneficiaries will be affected. By moving younger, healthier seniors into private plans via the use of vouchers, those now in the traditional Medicare program will see their own premiums rise dramatically. As a result, the Medicare benefits they have earned throughout their working lives and count upon may soon become unaffordable.” 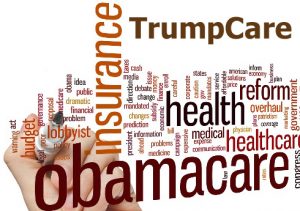 The republican plan has succeeded in doing one thing, uniting forces against the repeal of the Affordable Care Act. Constituents are calling for, attending and speaking out at, Town Hall meetings with their elected representatives on the federal level.

Senate Republicans have already began to back away from this legislation, if passed into law will result in thousands of their constituents losing health insurance made possible by the enactment of the Affordable Care Act.

A local doctor, who preferred not to be identified, when asked about the impact of the proposed elimination of ACA aka ObamaCare replied, “People will die”.