The 168th New York State Fair had something for everyone. Food, exhibitions, games and all of this takes place within 300 acres rides, games and entertainment ensconced in an agricultural wrapper. The nation’s first state fair opened in 1841 as an agricultural expo, and it remains focused on agriculture to this day. From showing prized livestock to picking the prize Apple Pie the New York State Fair becomes a city of 100,000 for each day its 12 day run.

According to Richard Ball, Commissioner, New York State Department of Agriculture and Markets,” The Great New York State Fair is not just our state’s largest summer party. Its first and most important job is to be a showcase for the best products grown and produced in New York. The nation’s first state fair opened in 1841 as an agricultural expo, and it remains focused on agriculture to this day.”

Here you’ll find a listing of the results for all of the 2014 Great New York State Fair competitions. To view full results of 2014 Competitions just click here-
http://www.nysfair.org/competitions/

Wade Shows, Inc. is North America’s premier carnival company. This year thousands of fairgoers enjoyed new rides which by first assessment were a hit, with 63 rides, many of them never before seen at this Fair, and five super- spectacular rides, provided maximum thrills. Their unique spectacular rides and attractions, unparalleled customer amenities and service-oriented staff are the reasons they set the standard in the industry.  Combined with the fair’s first “dollar Day” the annual event continues to shed its former self transforming into a more modern entertainment machine.   There are no fewer than two dozen brand-new attractions and events at this year’s fair.  Especially popular was the new Dollar Day – Labor Day, Monday, September 1  Wade Shows rides:  $1.00 each,  Adult gate admission:  $1.00

If the State Fair is a small city, then the Pan-African Village is one of the city’s most vibrant neighborhoods. The area, between the Center of Progress and the Art & Home Center, prepared great food not found elsewhere on the Fairgrounds, ethnic clothing and items for sale, and some of the best free entertainment you’ll find at the Fair, all while learning more about the cultures of the African Diaspora. 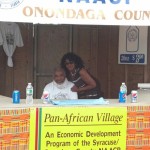 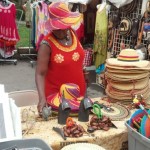 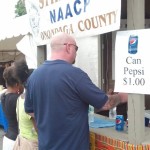 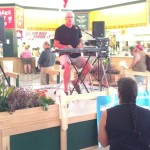 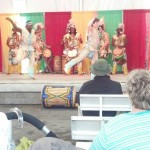 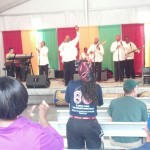 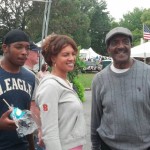 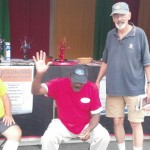 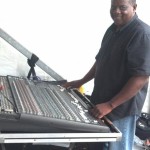 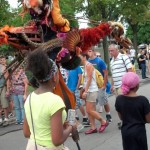 Street Performers were in sight! 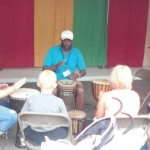 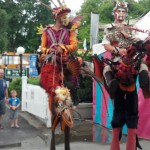 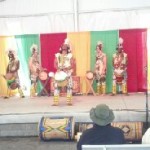