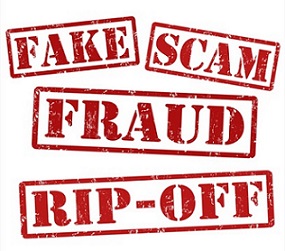 New York – New York Attorney General Letitia James and State Police Superintendent Keith Corlett today announced the felony conviction of Sherrie A. Burton, of South Glen Falls, NY, in connection with her scheme to defraud over 40 homebuyers out of over $1 million through her companies: Valued Homes and Valued Manufactured Housing, Inc.

“We will never tire in our efforts to aggressively investigate and prosecute anyone who engages in activities that harm our residents,” said Attorney General Letitia James. “Sherrie Burton took advantage of unsuspecting New Yorkers and funneled more than $1 million from what should have been a step towards home ownership for more than 40 New York families into her personal piggy bank. Today’s conviction should serve as an example to anyone seeking to exploit New York residents for their own personal gain.”

State Police Superintendent Keith M. Corlett added, “This case once again shows that those who scheme to swindle New Yorkers out of their hard-earned money for their own personal gain will be held accountable for their actions. This individual stole money intended as a down payment from multiple victims, spending the cash on her own expenses and leaving many victims unable to buy a new home. I commend our State Police members and the Attorney General’s Office for their outstanding work on this case.”

This afternoon, Burton pleaded guilty before the Honorable James A. Murphy III in Saratoga County Court to the crimes of Grand Larceny Grand Larceny in the Second Degree, a class C felony, and Scheme to Defraud in the First Degree, a class E felony. She will be sentenced to not less than six months’ incarceration and five years of probation, but faces up to three to nine years in prison when she is sentenced on November 19, 2019.

This past February, Burton was charged in a nine-count felony complaint after a joint investigation by the Attorney General’s Criminal Enforcement and Financial Crimes Bureau and the New York State Police revealed that Burton utilized her two companies to obtain deposits, down payments, and even full cash payments from unsuspecting customers of modular and manufactured homes, while using the money for personal expenses, and to continue her ongoing floor plan scheme.

Between at least March 2015 and July 2018, Burton operated Valued Homes and Valued Manufactured Housing in South Glens Falls, Saratoga County, selling homebuyers newly built manufactured and modular homes. Manufactured homes are factory-built houses, engineered and constructed to the specifications of the U.S. Department of Housing and Urban Development’s federal building code; while modular homes are factory-built homes that are built to state building standards. Both manufactured and modular homes are transported on a carrier and permanently set on a foundation. Burton told customers that they needed to put down a substantial deposit in order for the manufacturer to begin construction of their new home, while in reality the manufacturers did not require this and never received the money Burton obtained from the victims.

As part of her scheme, Burton obtained financing for floor plan or display models, yet sold them as new models to many customers. She then pocketed the money provided by the homebuyers, instead of using it towards the purchase of the victims’ homes, thus leaving the victims without a legal title to the home, and the lenders believing the homes were still on display at her showroom.

In one instance, a victim received a home from Burton but could not obtain a title allowing her to insure or borrow against the home for over a year. In another instance, a victim provided several thousands of dollars in a deposit to Burton, who never remitted the money to the manufacturer, resulting in the victim having to obtain a mortgage for the full price of the home — essentially paying the deposit twice. In other instances, Burton simply kept the victims’ money and used it to cover other personal and business expenses, such as payments to manufacturers for homes she had previously promised to other customers months ago. Many customers who paid Burton never received a home and never got a refund of their money.

The joint investigation uncovered over 40 victims in and around Upstate New York who Burton defrauded out of over $1 million. The investigation also revealed that Burton utilized some of the stolen money to pay down the financing on the floor plan models in furtherance of her fraudulent scheme.

To protect yourself from becoming a victim of a home or property sale scam, the New York State Attorney General’s Office recommends the following:

The New York State Attorney General’s Office wishes to thank the New York State Police Bureau of Criminal Investigations and Financial Crimes Unit, as well as the Offices of the Saratoga and Warren County District Attorneys, for their valuable assistance in this investigation.

This criminal case was prosecuted as part of New York Attorney General’s Combatting Upstate Financial Frauds and Schemes (CUFFS) Initiative, led by Director Philip V. Apruzzese. The CUFFS Initiative was implemented by Attorney General James in an effort to assist local law enforcement and District Attorney’s Offices in the investigation and prosecution of complex financial crimes and money laundering cases.