Starting as a print publication in 1989 urbancny.com is a culmination of 29 years as; The Constitution, to The Constitution/Urban CNY and our web incarnation urbancny.com; News and stories of interest from Urban Syracuse made an impact by competing against some of the oldest established news organizations in Central New York. Almost 30 years of experience covering urban life in Central New York.

Urban CNY has been competing since 2005 in the Syracuse Press Club Professional Recognition Awards. The following are “peer-reviewed” award winning writing produced by urbancny.com/The Constitution.  The publication has been around in print and digital formats since 1989. 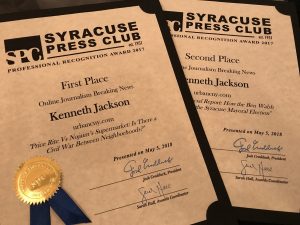 For those who believe stories about urban life aren’t an important part of journalism, look no further than winners announced at the Syracuse Press Club’s 40th Annual Professional Recognition Awards.  News and stories of interest from Urban Syracuse made an impact by competing against some of the oldest established news organizations in Central New York.

Web Traffic – Urbancny.com receives 30,000 visits per month, averaging 1,000 visits per day. The average visitor looks at 2 stories. We also have a presence on Facebook where over 600 individual visitors see urbancny.com news, events and information.

Syracuse.com has linked to urbancny.com several times regarding coverage of political issues

Audience – Urban CNY/The Constitution began in 1989 and until 2003 were exclusively print distributing 5,000 copies to urban area churches, institutions and places of business.  In 2003 Urban CNY News became a web-based news website. In prior years the publication printed once per month. As a web-based information resource urnancny.com is now updated on a daily basis becoming a source for “Breaking News” as evidenced in recent Syracuse Press Club professional Recognition Award honors. 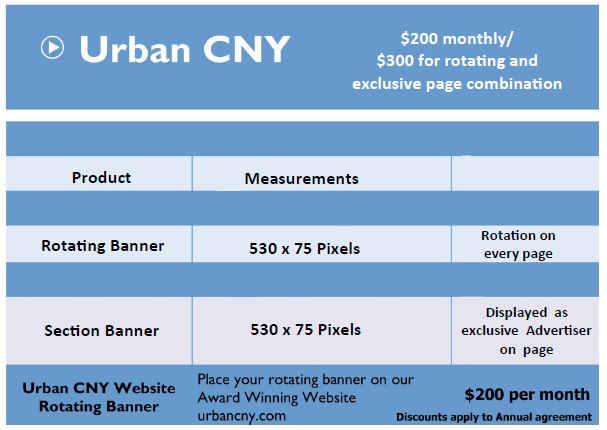 Increase in Website Traffic – we’ve steadily increased our monthly visits where we can hit 32,000 visits during our busiest period. That’s a dramatic increase over website traffic 2 years ago.