Syracuse, N.Y. (WSYR-TV) — Joining Dan Cummings on this week’s Newsmakers is Ken Jackson of Urban CNY. They talk about some of his recent blogs and articles on Congress’ failure so far to help Syracuse and other cities make ends meet during the pandemic and what that means for delivery of services; how the virus itself and the economic fallout from the pandemic has affected black and brown communities more than the general population; the Mayor’s Syracuse Surge and other economic development opportunities; police reform in Syracuse and how the Mayor and SPD are responding; how this year’s Black Lives Matter protests might impact the November elections at the state and federal levels and political involvement generally speaking; 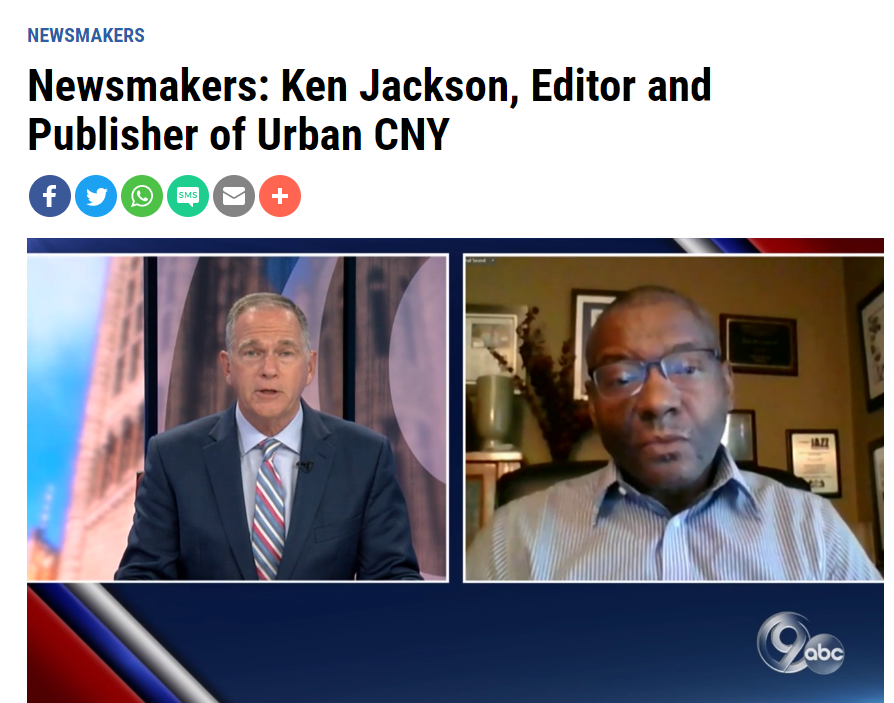