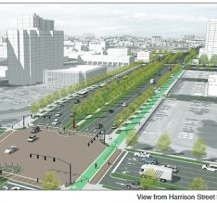 When New York State approved funds for the I-81 overpass in 1956, they were likely warned of the suffering it could cause. Political rhetoric and slick promises, however, helped Syracuse City officials and development firms latch on. They demolished the 15th Ward, a close-knit and vibrant black community, and built the highway that would divide Syracuse for over 60 years. I-81 has been the monolithic cause of concentrated poverty in Syracuse, which is now the worst in the nation among Blacks and Latinos. As I-81 reaches the end of its functional life-span, we have a chance to rectify a historic blunder. Instead, some are more excited to repeat mistakes. 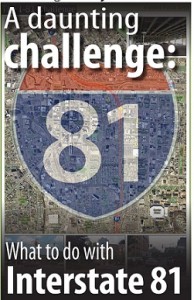 Senator John DeFrancisco will hold a press conference today at 11:00 am about the future of I-81. At his back are suburban special interests, who believe their commutes hold priority over the livelihoods of those struggling in the city. DeFrancisco, along with Assembly Member William B. Magnarelli and others, have long solicited for a “tunnel” solution to the I-81 problem. Tunnel projects are notoriously expensive: Boston’s flew 21.4 billion dollars over budget. More importantly, a tunnel would divide the city once again, and offer no just solution to Syracuse.

Attend the Press Conference and demand the “Community Grid” option, supported by ACTS, the Moving People Transportation Coalition, and experts across Syracuse. Explain to DeFrancisco and his colleagues that this option would stimulate local business and preserve traffic mobility. Remind our representatives that I-81 was a mistake that can never be repeated again.